Andrew Luck will not practice this week 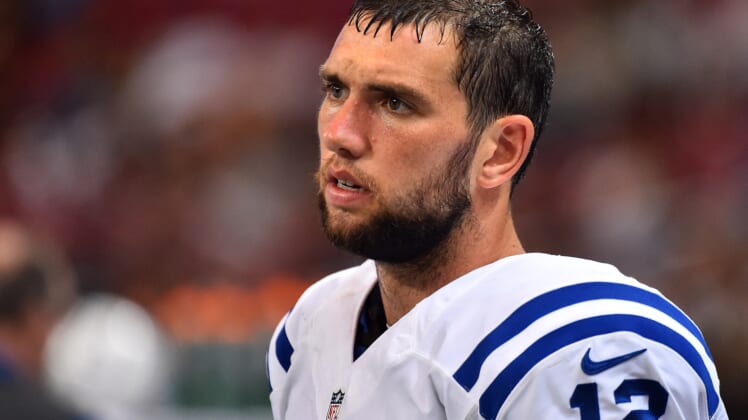 After having already been ruled out for his team’s Week 3 game against the Cleveland Browns, Indianapolis Colts quarterback Andrew Luck is still not ready to return to practice.

As NFL Media’s Ian Rapoport notes, this places into question Indianapolis’ hopes that Luck will be able to return to the field by early next month.

Once again, #Colts QB Andrew Luck won’t practice this week. The hope had been an early October debut, but he’ll need to practice first…

At this point, one has to wonder whether the Colts would simply be better off giving Luck a redshirt season. The team is 0-2 on the season and boasts one of the least-talented rosters in the NFL. Even with Luck in the fold, there’s no reason to believe the Colts are playoff caliber.

For his part, Luck is coming off off-season shoulder surgery and has not even taken to the field since January. Why rush him back and risk further injury? That’s the question Indianapolis will have to ask itself, especially if the team falls to Cleveland on Sunday.