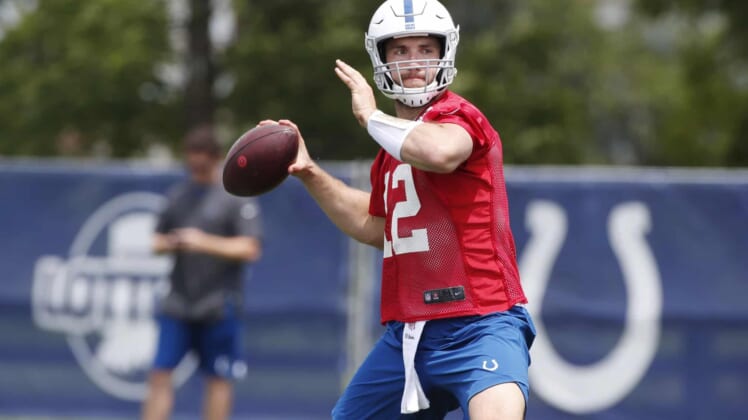 The Indianapolis Colts won’t have starting quarterback Andrew Luck on the practice field for at least the next two days due to a calf injury.

Luck wasn’t on the field Tuesday due to the lingering issue.

Head coach Frank Reich told reporters Luckisn’t happy with where his calf is right now and that he is experiencing pain, per George Bremer of The Herald Bulletin. Luck will be re-evaluated on Friday and the Colts will set his schedule for next week afterward.

Additionally, Luck will be out at least the first preseason game this year.

This calf injury is something that has lingered throughout the offseason, so while the Colts are being precautionary here it’s also something that has to be at least marginally troubling long term. When healthy, Luck is one of the best quarterbacks in the league. Unfortunately, he’s struggled to stay healthy the past few years.