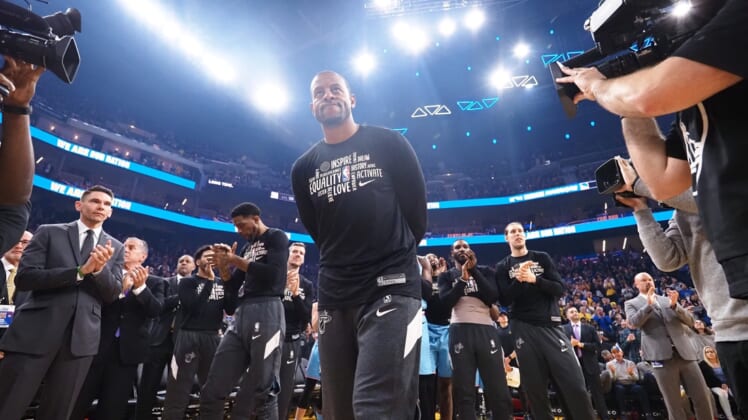 The free agent on Tuesday signed a one-year, $2.642 million deal — the veteran minimum.

After considering the Brooklyn Nets and Los Angeles Lakers in free agency, he now rejoins a roster with many of his former teammates still in the fold, including Stephen Curry, Klay Thompson and Draymond Green.

“Who would have thought I’d have the opportunity to go back to the place where I was able to have … legacy years, in terms of the accomplishments, winning multiple championships, the relationships that I was able to build with some of my closest friends and teammates?” Iguodala told the New York Times last week when he agreed to the deal with Golden State.