Andre Iguodala questionable for Game 4 after MRI comes back clean 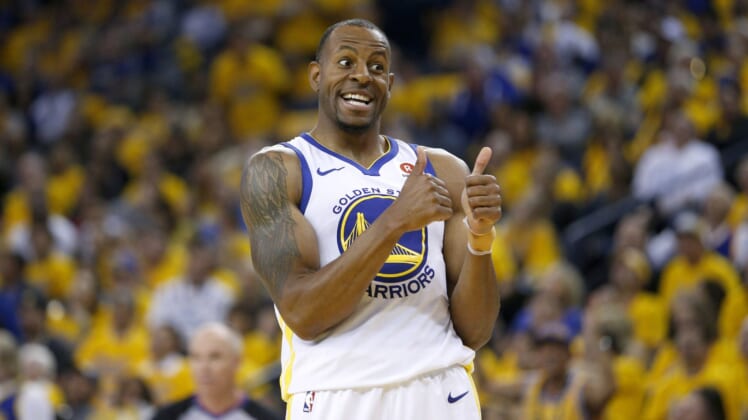 Andre Iguodala may not play for the Golden State Warriors in Game 4 against the Portland Trail Blazers, but the veteran got good news on the injury front.

Per Mindi Back of ABC 7, Iguodala’s MRI (Achilles) came back clean, but he is questionable for Game 4.

Following Golden State’s thrilling Game 3 comeback win, ESPN’s Brian Windhorst reported that Iguodala has been dealing with a sore Achilles. His ability to pitch in was clearly hampered in Game 3, as Iguodala played just 18 minutes — by far the lowest total of his postseason thus far.

With Kevin Durant out for the remainder of this series, Golden State will certainly have its depth tested if Iguodala is unable to play in Game 4.