Andre Burakovsky will not travel with Avalanche to Tampa 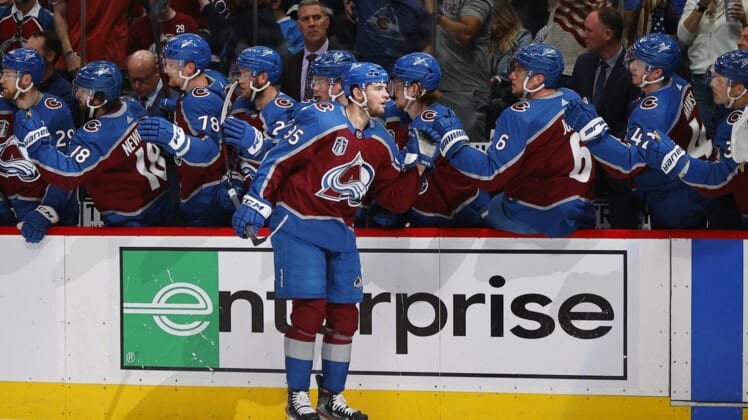 Colorado Avalanche forward Andre Burakovsky will not travel with the team to Tampa on Sunday after sustaining an apparent hand injury in Game 2 of the Stanley Cup Final.

Coach Jared Bednar told reporters Burakovsky is still being evaluated and would rejoin his teammates in Tampa on Monday. His availability for Game 3 against the Tampa Bay Lightning on Monday remains unknown.

The Avalanche hold a 2-0 lead in the best-of-seven series.

Burakovsky scored in overtime to give Colorado a 4-3 win in the series opener on Wednesday. The 27-year-old Austrian collected a goal and an assist in the Avalanche’s 7-0 romp on Saturday before taking a shot off his hand from Lightning defenseman Victor Hedman in the second period.

Burakovsky has recorded eight points (three goals, five assists) in 12 games during the postseason. He registered a career-high 61 points (22 goals, 39 assists) in 80 games in the regular season.