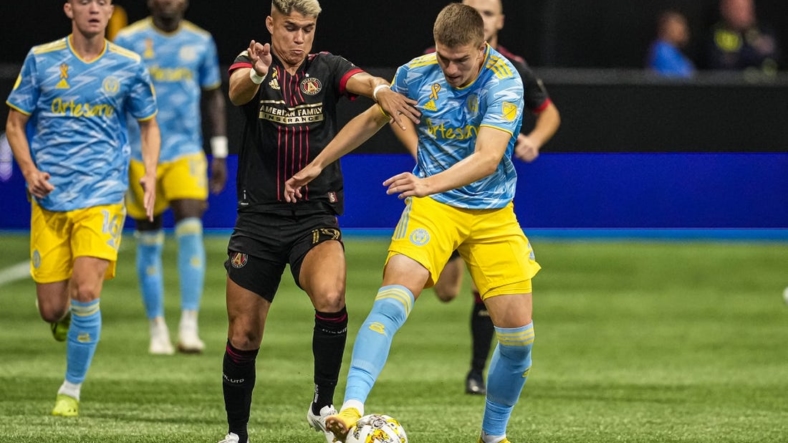 Blake made five saves — including a point-blank stop on a diving header from Josef Martinez in the second minute of second-half stoppage time — to pull even with New York City FC’s Sean Johnson for the MLS lead in clean sheets.

In addition to his timely saves, Blake also received help from the post following a shot by Amar Sejdic in the 76th minute.

The Union (18-4-10, 64 points), who are 5-0-1 in their last six matches, can clinch the Eastern Conference’s top seed should CF Montreal lose or draw with New England Revolution later on Saturday.

Raul Gudino did not have to make a save for his second clean sheet in four matches for Atlanta United (10-12-10, 40 points), who failed to capitalize on any of their nine corner kicks. They are 2-0-1 in their last three matches.

Atlanta United nearly opened the scoring in the 50th minute following a long cross from Luiz Araujo. Brooks Lennon sent a shot on net that was denied by a diving Blake, and Dom Dwyer’s shot from in close was snuffed out by Philadelphia’s defender Jakob Glesnes along the goal line before the goalkeeper corralled the loose ball.

Atlanta United also came close to scoring in the 19th minute. Lennon’s cross found Juan Jose Purata at the far post. However, the latter’s header sailed just over the crossbar.

Thiago Almada came close with a proper response in the following minute, but his shot from outside the box sailed wide of the net.

Aggressive play was evident from the start of the match, with Philadelphia’s Julian Carranza receiving a yellow card following a bad foul on a contested ball in the 11th minute.