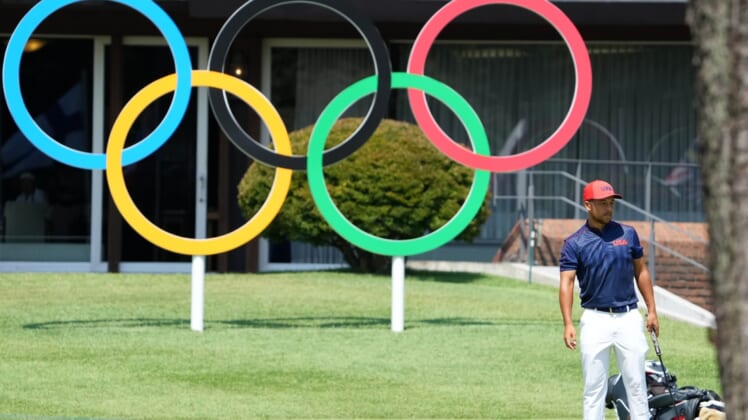 American Xander Schauffele held on despite a record-breaking round by Rory Sabbatini to win gold at the 2020 Tokyo Olympics tournament at Kasumigaseki Country Club in Kawagoe, Japan.

Schauffele rallied after a bogey on the par-5 14th hole to shoot a 4-under 67 on Sunday to finish the tournament at 18-under 266.

“I was cruising pretty nice, I saw that I had a three-shot lead going into 14 and made an absolute mess of the hole,” said Schauffele. “I really tried to keep my head down from that point on and I saw the massive board on 16. So the early putts that fell and the good shots were nice for a cushion and it was fortunately just enough for me to squeak by finishing up.”

Sabbatini, of Slovakia, fired an Olympic-record 10-under 61 but had to settle for a second-place finish one stroke behind Schauffele. The previous Olympic record was 63 and was matched multiple times this week.

Seven players finished regulation play tied for third at 15-under, but Chinese Taipei’s CT Pan — who shot 8-under 63 — claimed the bronze medal after a four-hole playoff.

Both Pan and Sabbatini started the day seven strokes back of Schauffele.

“Man, it feels good,” said Schauffele. “It really is a special deal, standing on the podium with these two boys, with our flags being raised, the ceremony, I think people talk about why the Olympics are such a special thing to them and we’re fortunate enough to be a part of a ceremony and I think we can all see why people say that.”

Home favorite Hideki Matsuyama, who started the day one stroke behind Schauffele, finished with a 2-under 69 but was one of two players knocked out on the first playoff hole.

Northern Ireland’s Rory McIlroy survived the first two playoff holes with pars, but only Pan and Collin Morikawa of the U.S. remained after both had birdies on the third hole. Pan then won the playoff with a par on No. 18.

“It’s disappointing going away from here without any hardware,” said McIlroy. “I’ve been saying all day I never tried so hard in my life to finish third.”