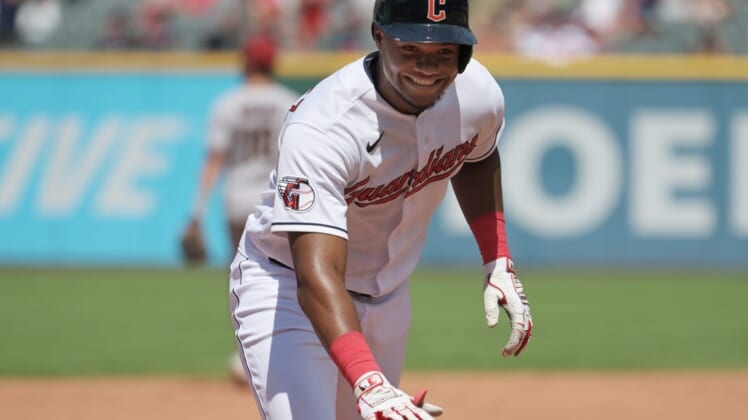 Amed Rosario and Oscar Gonzalez both homered and combined for five RBIs as the Cleveland Guardians beat the Arizona Diamondbacks 7-4 in the rubber match of a three-game series on Wednesday.

Shane Bieber (6-6) won his second straight start, allowing two runs on four hits with eight strikeouts and no walks over six innings. Cleveland has won 11 of its last 17 games.

Alek Thomas homered among his two hits and had two RBIs for Arizona, which concluded its six-game road trip with a 1-5 mark. Geraldo Perdomo hit a two-run homer with two outs in the ninth against Eli Morgan before pinch hitter Seth Beer struck out to end the game.

The Guardians moved ahead 4-0 on Rosario’s three-run homer with one out in the fifth. The 450-foot blast was Rosario’s second homer in the series.

Arizona cut the lead in half on Thomas’ two-run homer in the sixth against Bieber, who was making his 100th career start.

Cleveland answered in the bottom of the sixth with Gonzalez’s leadoff homer against Kevin Ginkel. The homer was Gonzalez’s third of the season and first since returning from the injured list on Tuesday.

The Guardians tacked on a pair of runs in the seventh. Rosario doubled with one out against Tyler Holton and Jose Ramirez followed with a run-scoring single.

Noe Ramirez replaced Holton and retired Owen Miller on a groundout before Gonzalez delivered an RBI double off the top of the left-center field wall.

Kwan’s streak is the longest by a Cleveland rookie since Michael Brantley hit in 19 straight in 2010.

Daulton Varsho and Jose Herrera also had two hits apiece for Arizona, which was playing its first series in Cleveland since 2014.