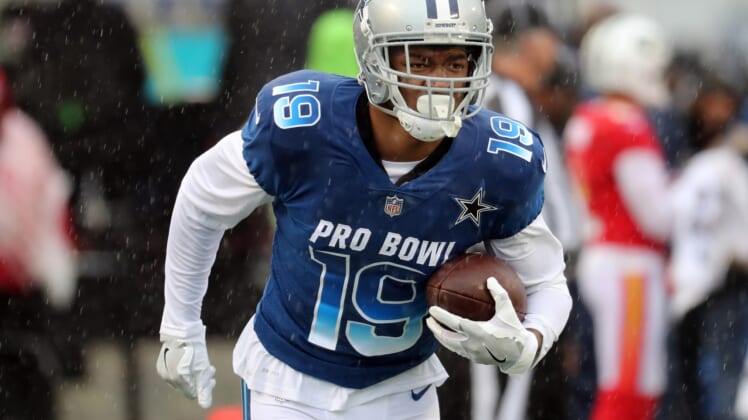 The Dallas Cowboys have their work cut out when it comes to contract extensions for a few young stars, one of whom is receiver Amari Cooper.

Cooper was of course landed in a trade with Oakland in the middle of last season. The Cowboys gave up a first-round pick to acquire him, and now it’s time to pay the man.

According to Clarence Hill Jr. of the Star-Telegram, things aren’t going swell on that front.

If the two sides do not reach any agreement on a contract extension this year, then Cooper will play out the final year of his rookie deal. He’s slated to make $13.92 million this season.

Last season after the trade, Cooper showed instant chemistry with Dak Prescott and boosted Dallas’ offense in a big way. He finished the season with 75 catches for 1,005 yards and seven touchdowns.