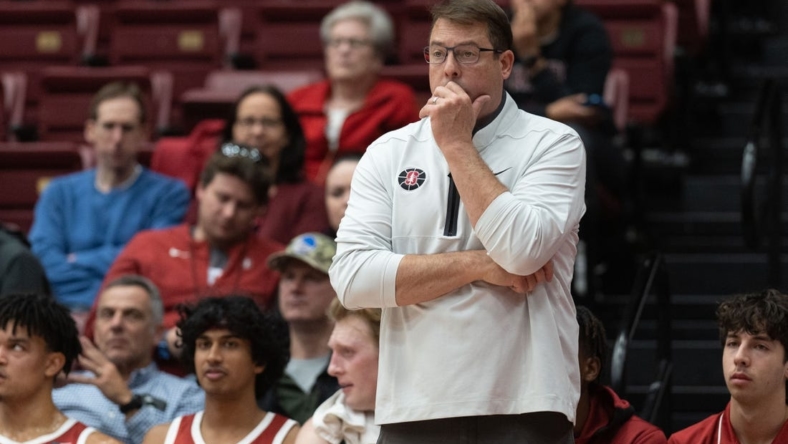 Amaree Abram drilled a clutch 3-pointer with 27 seconds left and scored a season-high 26 points for Mississippi in a 72-68 win over Stanford in the first round of the ESPN Events Invitational on Thursday in Lake Buena Vista, Fla.

Jaemyn Brakefield added 17 points and eight rebounds for the Rebels (5-0), who never trailed and will face Siena in the tournament semifinals on Friday.

Harrison Ingram scored 24 points to lead the Cardinal (2-3), who will meet Florida State in the consolation bracket of the eight-team event on Friday.

Playing away from home for the first time this season, Mississippi led 29-22 at the break before getting its offense in gear over the final 20 minutes.

The Rebels led by as many as 11 and were up 63-53 after a Matthew Murrell layup with 4:23 to go before Stanford made things interesting.

But with the shot clock winding down, Abram’s game-saving shot boosted the Ole Miss lead to five and the Rebels held on from there.

Abram, a freshman, made 12 of 18 shots on a day when his 26 points were just two fewer than his combined total over his first four college games.

He made both his 3-point attempts, as did Brakefield, accounting for all four Mississippi successes from beyond the arc in the contest.

Jayveous McKinnis was a third Rebel scoring in double figures with 15 points.

The Cardinal made only one of their seven 3-point shots while falling behind in the first half and finished 7 for 22 from long range.

Spencer Jones added 13 points for Stanford, which played Mississippi in men’s basketball for the first time.