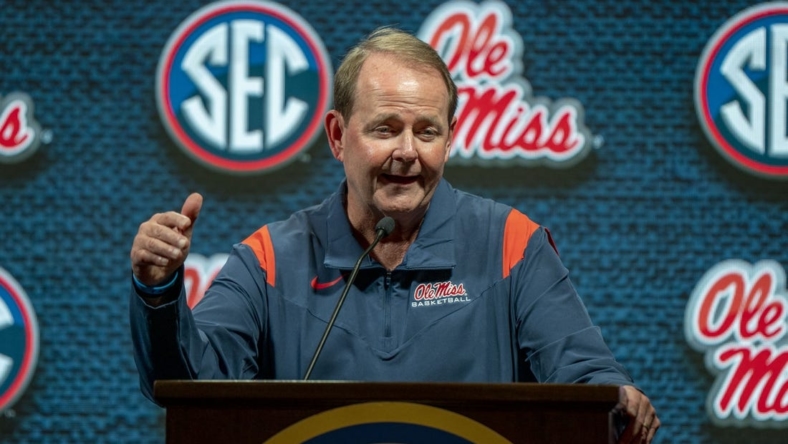 Amaree Abram scored 19 points, Jaemyn Brakefield added 17 and Matthew Murrell netted 14 as Ole Miss erupted in the second half for a 74-62 win over Siena on Friday in a semifinal of the ESPN Events Invitational in Lake Buena Vista, Fla.

The Rebels (6-0), who trailed by one point at intermission, hit 11 of their first 13 shots in the second half — one of the misses was a botched dunk — as they pushed the lead to 11 with 13:55 left in the game on a layup by Brakefield.

Abram, who led the Rebels with 26 points in their win over Stanford on Thursday, hit 6 of 8 shots on Friday — including all three of his 3-point attempts.

Brakefield was 8 of 14 shooting and matched Jayveous McKinnis with seven rebounds for Ole Miss.

After Ole Miss extended its lead to 14 with 8:22 to play, Siena scored nine straight points to pull within 61-56 with 4:40 left. But a dunk by Murrell and a layup by Abram pushed the advantage back to nine.

Javian McCollum led Siena (3-3) with a career-high 24 points on 9 of 17 shooting, and he added eight assists. Jackson Stormo scored 13 points — 10 in the first half — and added six rebounds. Andrew Platek, who scored 20 points in the Saints’ rout of Florida State on Thursday, finished with just four on Friday.

Ole Miss shot 62.1 percent in the second half and 50.0 percent for the game. The Rebels went 6 of 18 on 3-pointers and emerged victorious despite committing 16 turnovers.

The Saints shot 42.9 percent from the floor and 5 of 15 from long range, but they committed 17 turnovers.

There were 10 lead changes in the first half, with neither team leading by more than five points.

Stormo led all scorers at the half with 10 points and McCollum scored nine. Siena shot 48 percent from the floor and 2 of 6 on 3-pointers.

Brakefield led Ole Miss with six points. The Rebels shot 37.9 percent from the floor and 2 of 9 from long range.