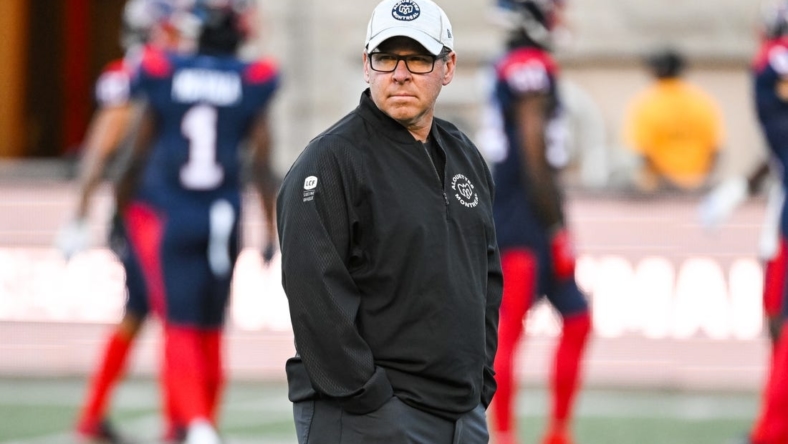 The Montreal Alouettes will try to end two playoff droughts when they play the visiting Hamilton Tiger-Cats on Sunday afternoon in the East Division semifinal.

The Alouettes have not won a playoff game since 2014 and they have lost seven straight postseason games to the Tiger-Cats since 1998.

“They’re well-coached and have great players,” Alouettes guard Kristian Matte said. “Look at the continuity they’ve had. We’ve had a lot of changes. In the last five, six years, it seems like things have been changing almost every year or other year.”

The Alouettes started 1-3 this season before general manager Danny Maciocia took over as interim coach.

“Whenever you take over midstream there are only so many changes you can go through,” Maciocia told The Hamilton Spectator. “There is no training camp, there’s no offseason, the staff are learning to work with one another. So there was a period of adaptation there, unfortunately.”

Montreal won two of three games against Hamilton this season.

The Alouettes (9-9) finished second in the East and Hamilton (8-10) was third. The winner will visit the Toronto Argonauts next Sunday for the East Division final.

The Tiger-Cats will be trying to reach the Grey Cup final for the third straight time. They lost the previous two to the Winnipeg Blue Bombers.

“We’ve kind of done it a different way each year,” Tiger-Cats quarterback Dane Evans said. “So, we’re fully embracing going on the road. We’re not looking far forward, we’re only worried about this one game. We’d love to be at Tim Horton’s Field in front of our fans, but the great thing is there will be a lot of black and gold in the stands on Sunday. We’re fully embracing it, man, because a month or a month-and-a-half ago, nobody thought we’d be there. So, if you still think that, don’t go, just check the score after.”