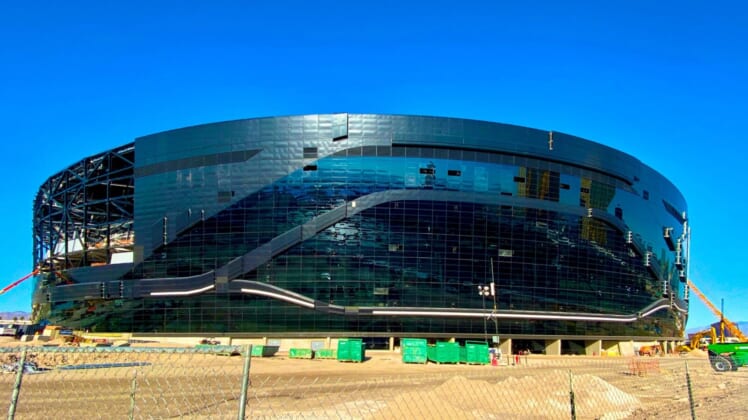 What had been reported on the Internet for months was confirmed early this week as the intricate cable-system roof at the new $1.8 billion Allegiant Stadium is behind schedule.

Now that the delay in the final raising of the Allegiant Stadium roof has been confirmed, the world and Raider Nation will hear more from project officials and the team at today’s Las Vegas Stadium Authority Board meeting.

The good news is we already know the reasons why the roof is behind schedule and won’t be completed until May – just over two months before the entire stadium is slated to be finished. And while we might hear some more questions and in-depth answers from the Board and the Raiders today, we wanted to run through the how and why of the delay.

How Did it Get 60+ Days Behind Schedule?

According to the report submitted for today’s LVSA board meeting, the main culprit: bolts. As the construction and engineering team were raising the system, these bolts failed and, as a result, the progress had to be halted.

“…but that the bolts have been tested and meet the design criteria as specified by the project’s structural engineers,” the report from Grand Canyon Development Partners (GCDP) said.

GCDP serves as the Authority Construction Representative – essentially a third-party watching over the project for the Board and the public interest.

So if the bolts are good, why the delay?