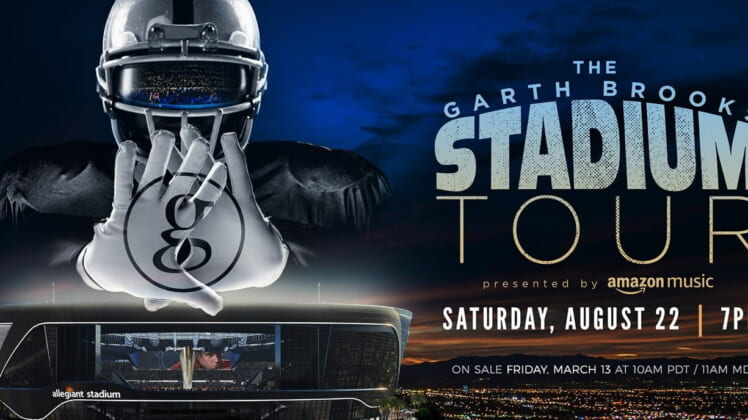 He may have friends in low places, but country music icon Garth Brooks clearly has the drawing power to fill the brand new, state-of-the-art Allegiant Stadium.

The Las Vegas Raiders announced this morning Brooks will be the first music act to play the nearly completed $1.8 billion Allegiant Stadium, located just off the Las Vegas Strip. Tickets to the concert will go on sale at 10 AM on Friday, March 13.

Garth Brooks is the number one selling solo artist in US History with over 181 million records sold and seven CMA Entertainer of the Year Awards, a feat never before accomplished, is scheduled to be the first major concert to be held in Allegiant Stadium.

“The Las Vegas Raiders welcome Garth Brooks to Allegiant Stadium,” said Raiders President Marc Badain to Silver and Black Today via text message. “As the stadium gets closer to completion, the excitement around the opening is growing every day. Bringing one of the world’s greatest entertainers here this summer is indicative of the type of event Allegiant Stadium will host for decades to come.”

Although the Allegiant Stadium events schedule for Raiders games has not been released, the UNLV Rebels football team will play their first game in the facility a week later when they host the University of California on August 29th.

Allegiant Stadium progress has been swift recently as the construction team races toward the substantial completion date of July 31, 2020. Currently, roof supports are being installed so the project can begin installing its 7-acres of ETFE roof panels to enclose the domed stadium.

Allegiant Stadium Las Vegas will bring a massive economic impact to the area and employ over 1,500 people on game day.