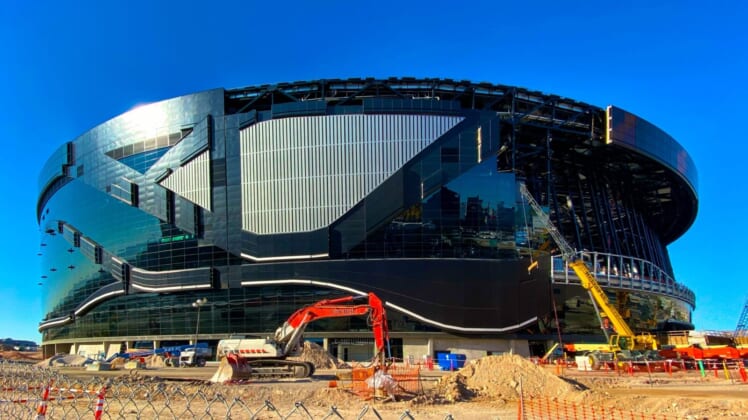 A report from the Las Vegas Review-Journal confirms cable roof system won’t be finished until early summer but the project remains on time.

News today on the Raiders delayed Allegiant Stadium roof is sure to fuel conspiracy theorists and detractors who opine for any bad news concerning the $1.8 billion stadium project.

According to the report, Raiders team officials have said details on the roof installation are coming soon and the delay will not mean the project misses its July 31 substantial completion date.

As part of the checks-and-balances system put in by the Las Vegas Stadium Authority, an independent auditor is monitoring progress on the project and has raised concerns about the roof installation, according to Velotta’s report.

“Representatives of Las Vegas-based Grand Canyon Development Partners acknowledged that installation of the roof is not on the critical path to finishing the stadium,” the Review-Journal story said.

Grand Canyon stated in its report the delay could mean weather-related damages since the stadium will be exposed to the elements far longer than expected.