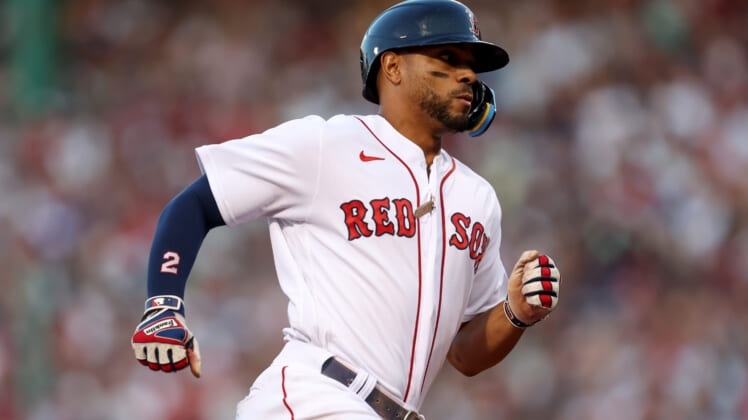 The MLB All-Star game has its flaws, and any slightly-above casual fan knows the faults of the event. The fan vote carries far too much weight when deciding the selections and we end up getting glaring whiffs on the roster.

The main one that sticks out to me, as a completely unbiased Red Sox fan, is Tim Anderson over Xander Bogaerts at shortstop in the American League. There simply is no way to swing it that Anderson has had a better season than the Red Sox shortstop. Bogaerts has been more durable, which can inflate stats, but if we’re only going off half a season of sample size, then playing more games should absolutely be factored in.

Jacob deGrom, arguably the best pitcher of our generation doesn’t get an all-star nod for what he potentially would’ve done in the first half of the season if he didn’t get injured.

All of the generic counting stats go in Bogaerts’ direction. Say what you want about the antiquated stats in the MLB, it’s still a barometer of how we evaluate players. Bogaerts has more hits, runs, home runs, runs batted in, and walks. This can all be attributed to having more at-bats. But, Bogaerts has a higher on-base percentage, OPS, OPS+, and slugging percentage.

Now, we revert back to the argument that Anderson hasn’t played as many games but, Anderson has a .002 better batting average (.317 vs. .315), which can easily be flipped in one slow game for the White Sox shortstop. Anderson has also stolen seven more bases in much fewer games.

Advanced stats back the Boston Red Sox shortstop too

For our nerdier baseball fans, we now turn our attention to the advanced stats, which will tell an even bigger story. Bogaerts averages more runs created per game by 1.2 (5.7 to 6.9), his BABIP (batting average on balls in play) is 30 points higher, and his WAR is almost double (1.8 to 3.1). To be more specific within the stat, he has a higher offensive WAR, good for 12th in the MLB, and defensive WAR, although neither players are outstanding in the field.

Bogaerts walks at a higher rate, hits home runs at a higher rate, gets extra-base hits at a higher percentage and his percentage of hits that are extra bases is higher. There is simply no way to say that Tim Anderson is a better baseball player than Xander Bogaerts. Anderson might be flashier and bat-flips more often than Bogaerts does, but it’s naive to think that he is a better baseball player. This is what the All-Star game is all about, having the best players as the STARTERS on the field.

I do not hate Tim Anderson at all. He is simply the subject of a broken system and therefore gets the blunt end of this article. Anderson’s attitude and panache are amazing for the game.

I sound very old complaining so heavily about one all-star game that I will likely watch very little of, but these things matter for the history of baseball. How many times were you an all-star starter matter when you are looking at the overall composition of a player’s career.

These contests shouldn’t be decided by fans who can click a button more often on their phone or based on 8-second TikTok videos of Tim Anderson throwing his bat after a homerun. Yes, this is entertaining, but the voting, as it should be for all professional sports, should be decided by players and writers that do this for their job.