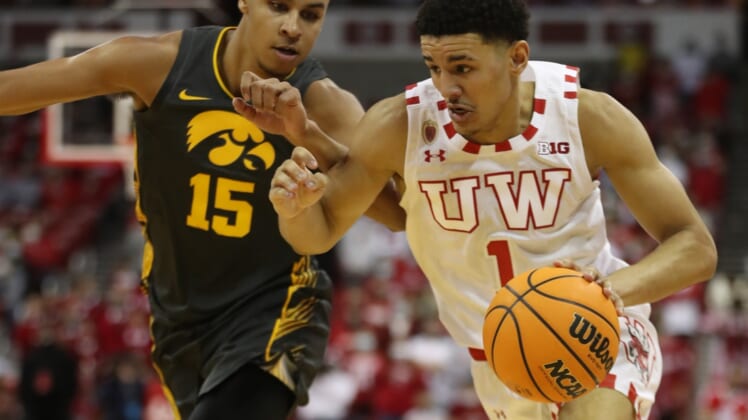 The Big Ten dominated the selections, adding one player on the second team, one on the third team and two honorable mentions.

Gonzaga, the No. 1 team in the country and the top overall seed in the NCAA Tournament, missed out on the first team but had forward Drew Timme and freshman center Chet Holmgren named to the second team. Auburn forward Jabari Smith, Arizona guard Bennedict Mathurin and Purdue guard Jaden Ivey filled out the second team.

Murray ranked fourth in the nation and first among power-conference players in scoring at 23.6 points per game. Cockburn returned to dominate the collegiate ranks for another season and averaged 21.1 points and 10.6 rebounds.

Tshiebwe averages 17.0 points and leads the nation with 15.1 rebounds. He could become the first player from a power-conference team to finish a season averaging at least 16 points and 15 rebounds since Bill Walton did so for UCLA in 1972-73.

Agbaji led Kansas to the Big 12 regular season and conference titles with 19.7 points and 5.1 rebounds per game.