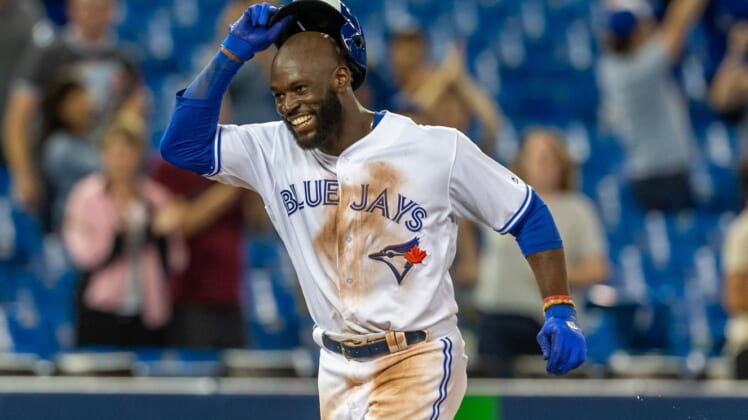 Spring training is a chance for young MLB players to put their skills on display and that’s exactly what Toronto Blue Jays outfielder Anthony Alford did. During Saturday’s game against the New York Yankees, Alford showed off his speed by stealing second base, third base and home in a matter of moments.

The 25-year-old started the seventh inning with a leadoff single, then quickly looked to take advantage of his opportunity on the bases. Alford took off on Yankees pitcher Luis Avilan’s first pitch and made it into second without a tag even being attempted. He gave himself a quick rest to catch his breath, then took off again on a 2-0 count and just beat the tag for his second stolen base.

That wasn’t enough for Alford. When teammate Forrest Wall took off for his own stolen base attempt then got caught in a rundown, Alford took advantage by taking off for home to complete the stolen base trifecta.

Alford spent a majority of the 2019 season with the Blue Jays’ Triple-A affiliate and created plenty of havoc on the bases. If he can find a way to consistently get on base this spring, he’ll have plenty of chances to rack up the stolen bases. Let’s hope he continues to make a strong impression this spring so we can see his speed out there during the regular season.