Alexander Zverev hits a shot against Taylor Fritz during their quarterfinal match at the BNP Paribas Open in Indian Wells, October 15, 2021.Bnp Friday 6

Germany’s Zverev, the 2018 champion, fired seven aces, struck 22 winners and never faced a break point in the 75-minute victory against his Russian nemesis.

“It was great,” Zverev, 24, said in his on-court interview. “I won … in the final against someone I had lost five times in a row, so I had to play one of my best matches. I am happy about that and happy to go on holiday with this win.”

Zverev, who lost to Medvedev during the tournament’s round-robin stage, evened his head-to-head series with the 25-year-old Medvedev at 6-6.

“It is special and I am super thrilled and happy right now,” Zverev said. “There is no better way to end the season than winning here. I am incredibly happy and I am already looking forward to next year.” 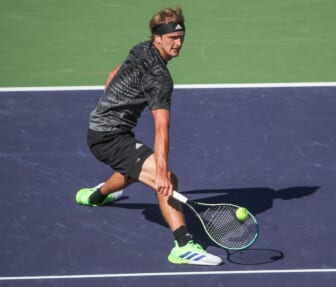 Ranked No. 3 in the world, Zverev became the fourth player in the tournament’s history to defeat the world’s No. 1 (Novak Djokovic) and No. 2 players in the semifinals and final.

Zverev finishes the season with a tour-leading 59 wins, including ATP Masters 1000 titles in Madrid and Cincinnati. He also won at Acapulco and Vienna and took home the gold medal at the Tokyo Olympics.

Medvedev finished with 14 winners and 13 unforced errors. Zverev broke the 2021 U.S. Open champion’s serve in the third game of the first set and in the opening game of the second set. 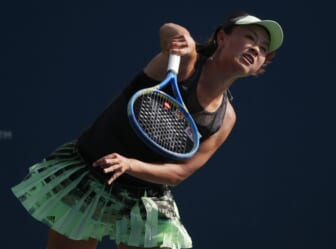 Medvedev ends the season with 58 wins, one behind Zverev.

He will look to carry the momentum into 2022 as he seeks his first Grand Slam title. The Australian Open begins in Melbourne on Jan. 17.