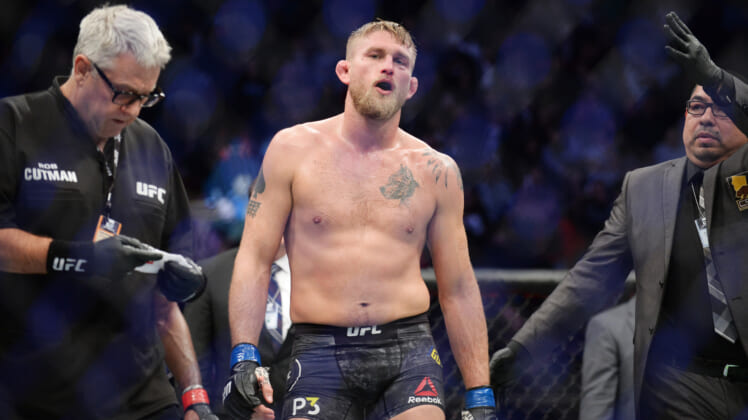 After a two-year hiatus from the UFC, three-time light heavyweight title challenger Alexander Gustafsson will return to the Octagon, and to his long-time division, at the promotion’s next UFC London card in July.

On Wednesday, the organization officially announced a 205-pound weight class matchup between Gustafsson and 19-fight UFC veteran Nikita Krylov. This is the first booking for the Swedish star since a July 2020 submission loss at heavyweight to former champion Fabricio Werdum. However, the bout will also be the first matchup in over three years that the 35-year-old has had in his traditional weight class.

The booking with Krylov will take place at the organization’s next event in London, England. Which is set for July 23 from inside the O2 Arena. The same venue as the UFC’s recent card on March 19. The promotion’s return to the UK this summer will feature a heavyweight main event pitting top-10 fighters Curtis Blaydes vs. Tom Aspinall.

Gustafsson — a 17-fight UFC veteran — is in the midst of three bout losing skid dating back to Dec. 2018. He has not won a fight in the promotion since a 2017 win over current light heavyweight champion Glover Teixeira. While he has had a memorable career and his 2013 title bout against division GOAT Jon Jones was immortalized in the UFC Hall-of-Fame last year, Gustafsson will forever be remembered as the man who fought for the 205-pound title on three occasions and lost every time. Twice to Jones and once to Daniel Cormier.

Krylov, 30, is also mired in a losing streak of his own. The Ukrainian fought on the aforementioned March card in the UK and suffered a first-round submission loss to surging Scottish fighter Paul Craig. It was his second consecutive defeat and the third in his last four.