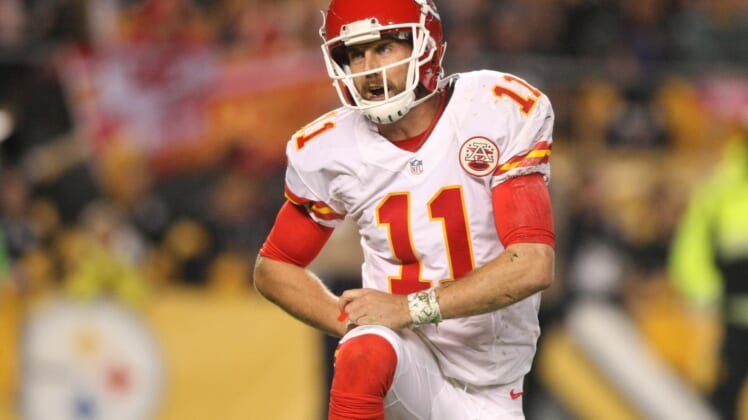 Back in 2012 with the San Francisco 49ers, Alex Smith found himself replaced under center by a young quarterback. This came despite the fact that he had led the team to a 6-2-1 record that year and was coming off a 13-win 2011 season.

So when his current Kansas City Chiefs team traded up for Patrick Mahomes in the first round of April’s draft, it had to be déjà vu for the former No. 1 overall pick.

Surely, Kansas CIty didn’t yield a first-round pick next year to move up to the 10th spot without envisioning Mahomes starting at some point soon.

Even then, Smith himself seems to understand full well why the team did this.

“I’m at a different place than the last time I dealt with something like this. I get it. If any of us were the GMs, this is, maybe the most timportant position in all of sports, and it would be crazy not to be stockpiling talent,” Smith said via the Kansas City Star. “You’d be nuts not to. So I get it, right? I’m going into year 13.”

Smith is right that it’s somewhat different. When Smith was sent to the bench in San Francisco, he was just 28 years old and was less than a year removed from leading the team to the NFC Championship Game. At 33, there’s no telling how much longer he will play. In this, the Chiefs had to make a move to find a replacement sooner rather than later.

However, these comments are just another indication that Smith gets it. That he’s a team player. Heading into the 2017 season as Kansas City’s starter, Smith knows this might be his final opportunity to win a Super Bowl as the team’s starter. It seems that’s what he’s focused on.