Is he someone that failed to live up to a massive contract while at the same time easily living up to it?

The answer to all of those questions is yes. 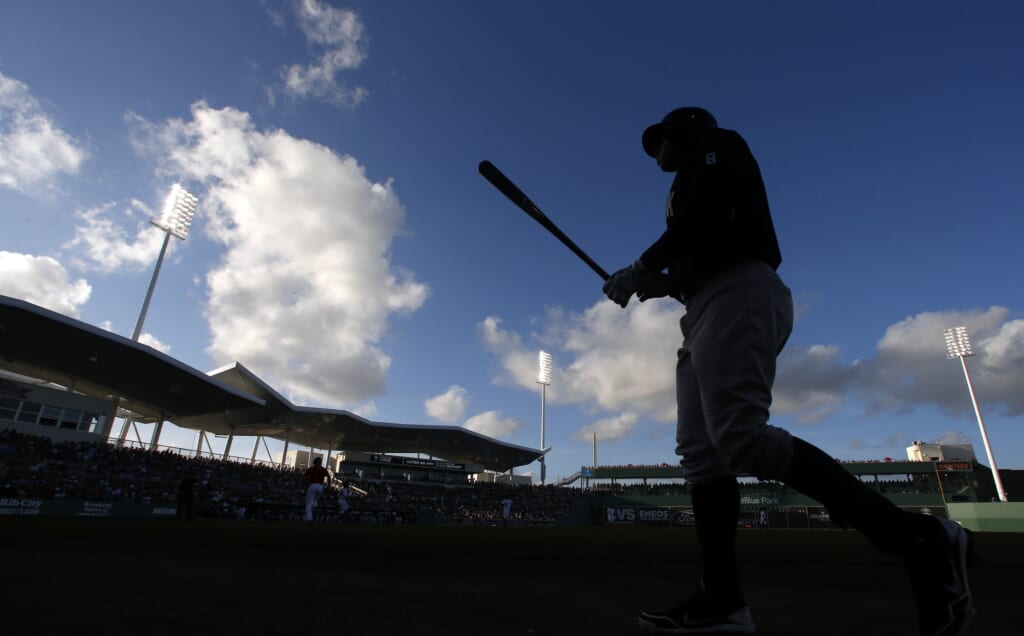 We’ll start with the numbers.

Rodriguez enters the 2016 season fourth on the career home run and RBI lists. It’s possible that he could get to first on both lists. While that’s certainly unlikely, getting to second on either list (especially RBI) is not too unimaginable. At the very least, he should easily get to third on both lists.

Keep in mind, A-Rod played a good deal of his career at shortstop, which is traditionally a very weak offensive position, primarily when it comes to power numbers.

He’s also one of only four players to have a 40-40 season and one of only eight to be at 300-300 for a career. For you sabermetrically inclined folks, Rodriguez is 16th on the career Wins Above Replacement list.

So, he’s a statistical monster, right?

Given how close Games 4, 5, and 6 were in that series, one more hit from A-Rod could have made all the difference.

Those of you who despise small sample sizes will no doubt point out that four games isn’t exactly a lot to draw from. That’s true.

That season saw A-Rod win his only World Series for a Yankees team that likely wouldn’t have earned the title without his massive contributions that fall. This isn’t a controversial stance.

So, we can say “Yeah, but…” several times when talking about his stats, and that’s before we look at his use of Performance Enhancing Drugs.

Prior to the 2009 season, Rodriguez admitted that he took a “banned substance” from 2001-2003 while with the Texas Rangers. He never served a suspension for P.E.D. use until he was suspended for the entire 2014 season.

So, he’s nothing but a dirty cheater? Actually, given that his suspension was significantly longer than a standard P.E.D. suspension, it sure looks like he’s worse than the average dirty cheater. 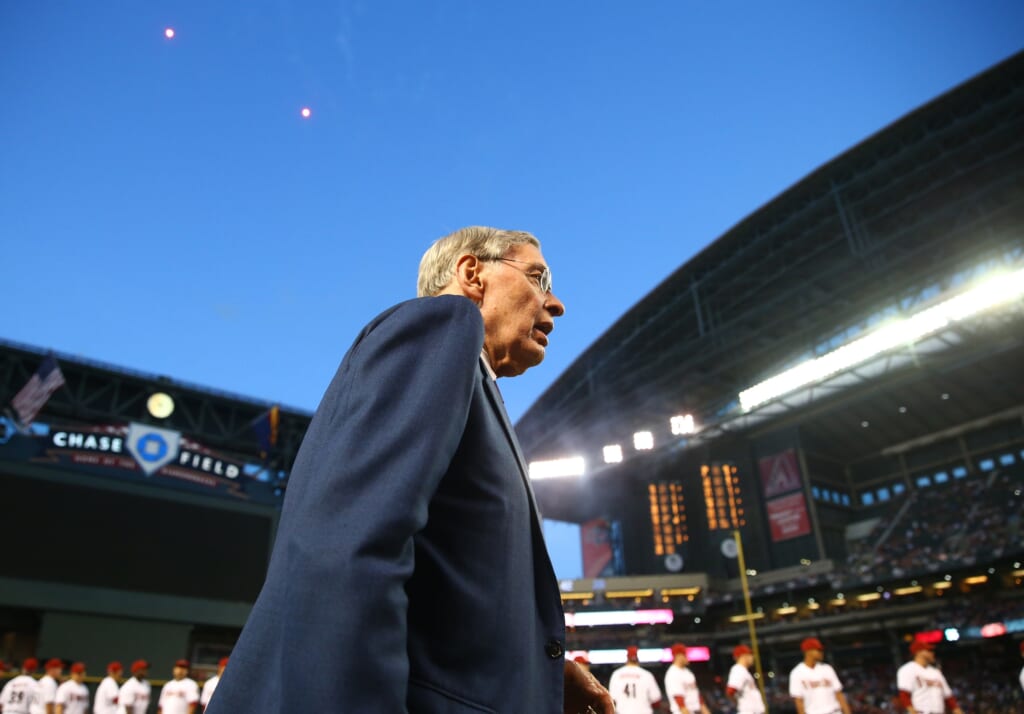 That’s all true, but he was also suspended at the end of the tenure of Commissioner Bud Selig. While there’s no doubt that Alex Rodriguez cheated (again, he’s said as much), there’s little doubt in my mind that Selig wanted to make an example out of him.

Selig presided over nearly the entire “steroid era,” and in that time, Major League Baseball was painfully slow in enacting any real drug prevention programs.

It’s certainly reasonable to speculate that Selig wanted to be unforgiving on the athletes late in his tenure (ie: Rodriguez, Ryan Braun) to take the attention off of the fact that under Selig’s watch, players like Mark McGwire, Sammy Sosa, and Barry Bonds rewrote the MLB record book in incredibly suspicious ways.

Defending one cheater by pointing out that someone else also cheated is a poor defense. The P.E.D. use of any other players certainly doesn’t take A-Rod off the hook by any means. But when we think about the exploits of other players under Selig’s watch and how little they were penalized, it does put the situation in a slightly different light.

The last big part of Rodriguez’s legacy is the massive money that he’s made. To date, he’s made more than $395 million dollars, which blows away the next biggest earner. Following the 2000 season, he left the Seattle Mariners and signed a massive 10-year, $252 million deal with the Rangers.

Even when we consider the P.E.D. admission, his three years in Texas were stellar. In that time, Rodriguez hit 156 home runs (never hitting fewer than 47), drove in 395 runs (never fewer than 118), had a whopping .615 slugging percentage (never under .600), won both of his career Gold Gloves and his first of three career American League MVP Awards.

At the very same time, Rodriguez’s presence on the Rangers didn’t necessarily lift up the team from the substandard play it saw prior to his arrival. Texas was 71-91 the year before he signed, only to fail to finish with more than 73 wins in any of his three seasons with the team.

On the other hand, the Mariners were never worse than 93-69 during the three-years Rodriguez was in Texas. In fact, Seattle tied a baseball record with 116 wins in Rodriguez’s first season away from the team back in 2001.

So while Rodriguez put up exceptional stats in Texas, it’s fair to question whether he made the team better or not. It’s also fair to ask whether his departure made his old team better.

Based on his career numbers, Rodriguez is a clear Hall of Famer. But looking at how poorly players linked P.E.D. use have done in Hall of Fame voting, it seems unlikely that A-Rod will be taking the trip to Cooperstown any time soon. But one way or the other, the Hall of Fame will only be a small part of his legacy. 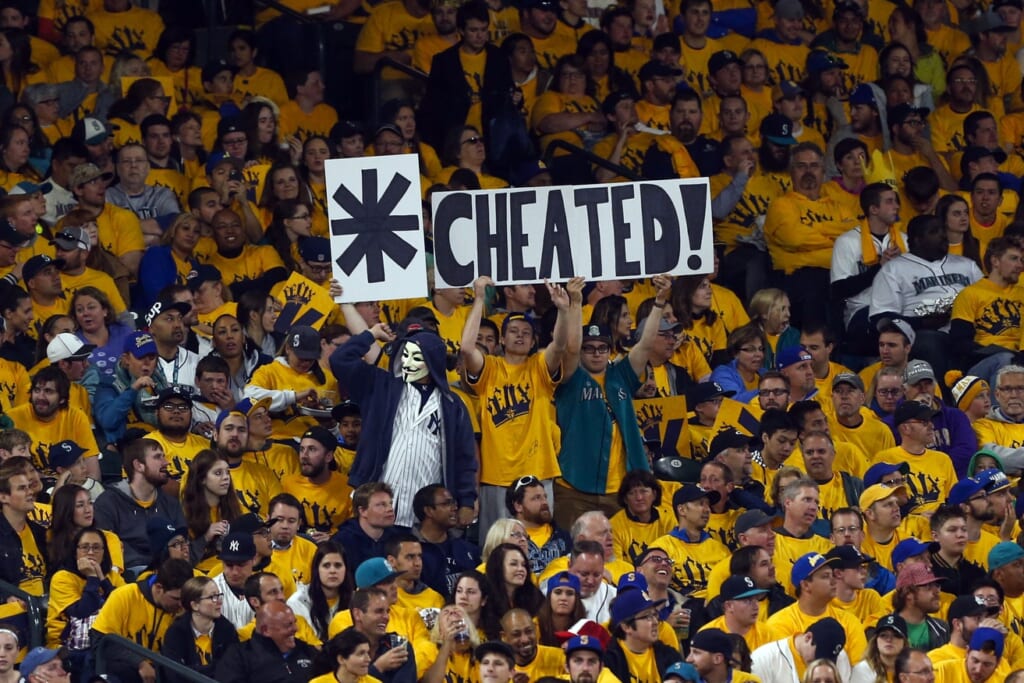 The biggest part of A-Rod’s legacy is that there’s just not one way to describe him. He falls into too many categories, many of which contradict others. He is a superstar, but he’s a tainted superstar. He’s a choker, but he’s also come through in some big spots. He’s a cheater, but he’s also a scapegoat.

When the story of Alex Rodriguez’s career is told, it has to be told from many angles or it’s not being completely told. Really, we can’t call any of the angles controversial, as none of the points are particularly debatable.

Plenty of players have made their marks in the game of baseball in different ways. Rodriguez’s mark is that he’s easily the most complicated player in the history of the game.