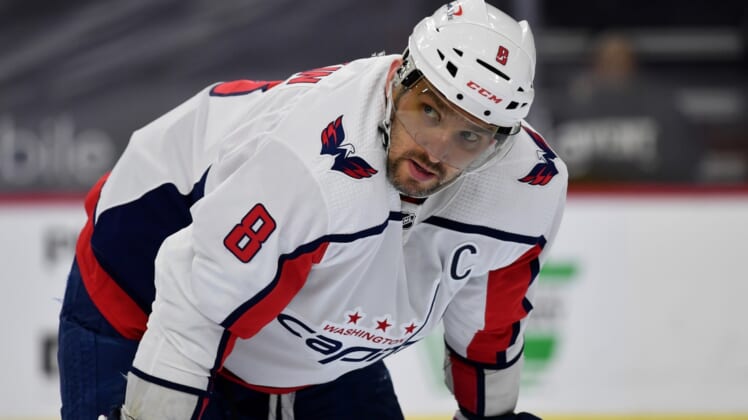 Washington Capitals captain Alex Ovechkin will miss Saturday night’s game against the Philadelphia Flyers as he continues to be bothered by a lower-body injury.

He took part in the morning skate but will be held out of the game. The Capitals can clinch the No. 1 seed in the East Division if they beat the Flyers in regulation, the Buffalo Sabres top the Pittsburgh Penguins in regulation and the New York Rangers defeat the Boston Bruins in regulation.

Ovechkin missed four games with the injury and attempted to play Monday in a 6-3 win against the New York Rangers. He left the game in the first period, and the Capitals announced during the first intermission that he would not return.

The Capitals beat the Rangers 4-2 on Wednesday, and Ovechkin didn’t play.

On the season, Ovechkin has 42 points (24 goals, 18 assists) in 44 games. He needs one more goal to reach 731 on his career and tie Marcel Dionne for fifth place in NHL history.

The Capitals end the regular season on Tuesday at home against the Boston Bruins. Laviolette said he didn’t know whether Ovechkin would play in that game, but he wasn’t worried about the forward’s preparation for the Stanley Cup Playoffs.

“I don’t think he needs a big warmup with what he’s doing,” Laviolette said. “He’s out there. I think a lot of times when the guys are point getters, they want to feel the puck. They want to move the puck around. So for Alex it won’t be a conditioning thing. It will be more just him making sure physically that he’s ready. So being out on the ice and moving the puck around, I think that’s what helps these guys.” 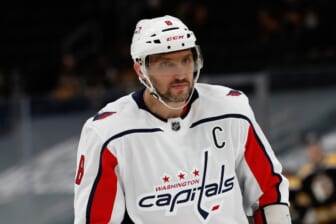