Alex Morgan back on USWNT roster, shooting for 200 caps 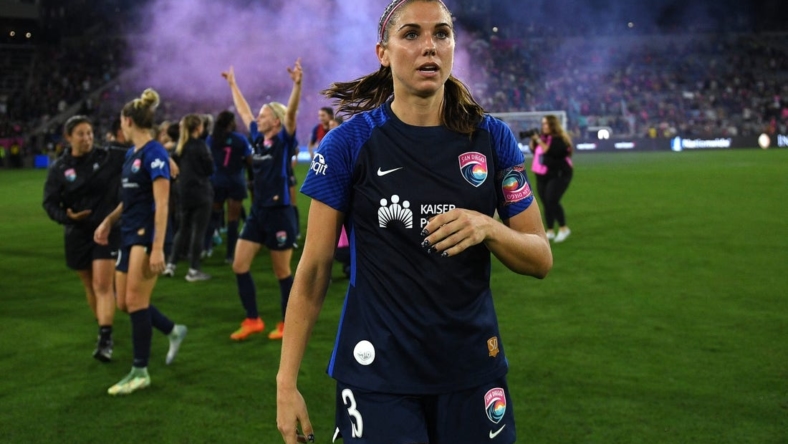 Alex Morgan is back on the U.S. Women’s National Team roster with a chance to reach 200 caps for her stellar career.

Coach Vlatko Andonovski announced the 24-team roster on Monday for two upcoming friendlies against Germany with Morgan listed as one of the team’s seven forwards.

Morgan is two appearances away from becoming the 13th American woman to reach the 200 mark. She would achieve the milestone if she plays in both games — Nov. 10 at Fort Lauderdale, Fla., and No. 13 at Harrison, N.J.

Morgan missed October matches against England and Spain due to a knee injury. She returned later in the month to play in a NWSL playoff match for the San Diego Wave. Morgan led the NWSL with 15 goals.

Morgan has scored four of her 119 career national team goals against Germany.

The United States is currently the top-ranked team in the world. Germany is third. Both teams are among the favorites to win the 2023 Women’s World Cup next summer.

“These are the kinds of games that help our World Cup preparation in many ways and these 180 minutes to end our schedule this year are going to be extremely valuable for the players and coaches,” Andonovski said in a news release. “It will be good to get some players back on the roster and we’re all expecting these games to be very competitive and entertaining for fans.”

Forward Mallory Pugh is back on the roster after missing the October matches due to a family commitment.

Also on the squad is 22-year-old forward Sophia Smith, who hit the daily double by winning both the NWSL regular season and postseason MVP. Smith scored a goal to help the Portland Thorns post a 2-0 victory over the Kansas City Current in Saturday’s championship game.

Defender Naomi Girma, who was named NWSL Rookie of the Year and Defender of the Year for San Diego, also is on the roster.