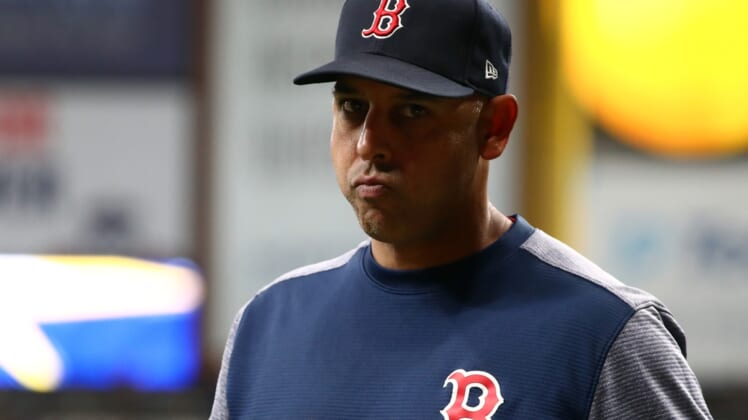 Alex Cora is back as manager of the Boston Red Sox and attempting to restore championship expectations before the 2021 season begins.

“We’re not rebuilding, if a player here isn’t thinking about winning a championship he better leave,” Cora said Thursday as the Red Sox opened spring training in Florida. “We can contend in 2021. We will contend in 2021.”

FanGraphs released wins projections and division title chances this week, and the Red Sox were projected to win 77 games with a 14-1 chance to win the American League East.

Cora was suspended last season for his role in the Houston Astros’ sign-stealing controversy as a coach in 2017 and the Red Sox fired him.

Cora’s bench coach, Ron Roenicke, served as interim manager in 2020. The team finished last in the division with a 24-36 record.

After the team conducted physicals on Wednesday, the Red Sox are on the field for the first time Thursday. Cora said he’s already impressed.

“It was fun just to be around the guys. It was a great day,” he said.