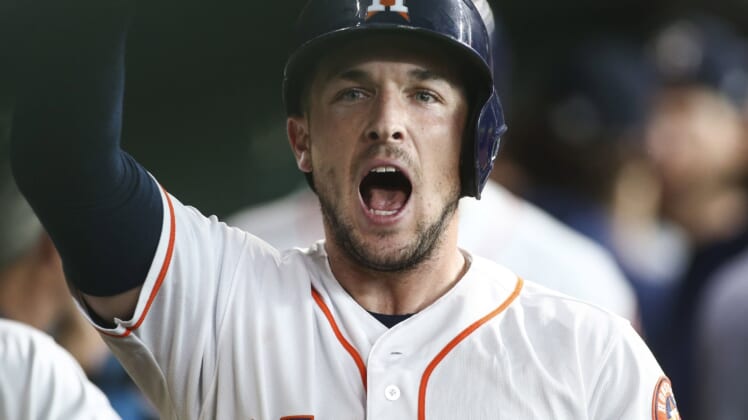 As Miami and LSU get their college football seasons going against each other, the stakes are high for Houston Astros third baseman Alex Bregman and Boston Red Sox manager (and former Houston bench coach) Alex Cora.

When the two teams square off in Boston, one of them will be wearing something they’d rather not.

Alex Bregman has a friendly wager w/ Boston manager and former Astros coach Alex Cora. If Cora's U of Miami beats LSU in football, Bregman has to wear a The U turnover chain in BP at Fenway next weekend. If LSU wins, Cora will wear a Warren Morris jersey, for the LSU legend.

There seems to be slightly more on the line for Cora here. There’s no doubt that Bregman would not want to wear The U’s famed turnover chain. But Warren Morris isn’t simply an LSU legend. Morris became an LSU legend when he won the 1996 College World Series with a two-out, two-run walk-off home run to win the final game 8-7. Cora was on that Miami team. We doubt he’d want to relieve that particular memory with Morris’ jersey on his back.

The stakes are certainly high for Boston’s skipper.