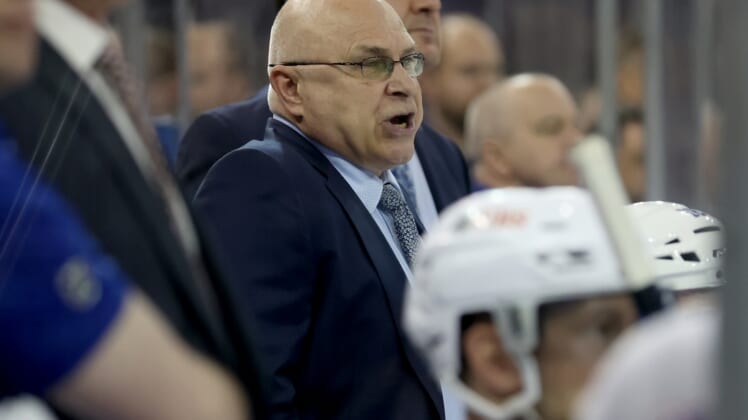 Barkov got behind the defense, took a pass from Jonathan Huberdeau and slid the puck past Ilya Sorokin for the game-winner, his 37th goal of the season.

Sergei Bobrovsky made 24 saves for the Panthers (55-16-6, 116 points), who are tied with the Colorado Avalanche for the NHL lead in points. Huberdeau assisted on all three goals and has a league-leading 81 assists on the season.

Sebastian Aho and Jean-Gabriel Pageau scored for the Islanders (35-31-10, 80 points). Sorokin deserved a better fate as he made 39 saves in his fifth straight start while Semyon Varlamov recovers from an illness.

Barkov tied the game 2-2 at 16:02 of the third period when he knocked in a loose puck from the slot following a scramble in front of Sorokin.

The Islanders took a 1-0 at 4:56 of the second period on a delayed penalty. After Aho intercepted a clearing attempt and was pulled down, New York maintained possession and Andy Greene fed the puck across the slot to Aho, who scored on a wrist shot from the right circle.

New York regained the lead at 1:01 of the third period with a power-play goal. Noah Dobson passed to Mathew Barzal in the left circle, and Barzal fed Pageau in the slot for the score.

Before the game, the Islanders honored franchise great Mike Bossy, who died last week at the age of 65 after a battle with lung cancer, with a ceremony and tribute video.