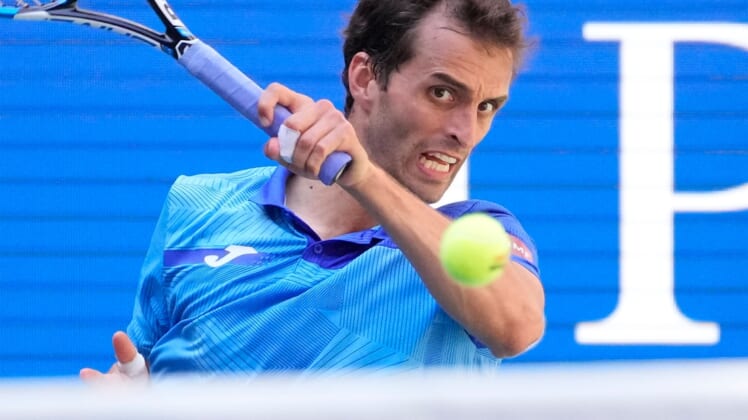 Spain’s Albert Ramos-Vinolas converted 82.8 percent of his first-serve points while recording a 6-4, 6-2 upset of seventh-seeded Canadian Felix Auger-Aliassime on Sunday to advance to the third round of the BNP Paribas Open in Indian Wells, Calif.

It took the 33-year-old journeyman just 77 minutes to put away the 21-year-old Auger-Aliassime, who was a semifinalist last month at the U.S. Open.

The score was tied at 2-2 in the second set when Ramos-Vinolas broke Auger-Aliassime’s serve. He did it again later in the set en route to wrapping up his big victory.

Ramos-Vinolas will next face the winner of Sunday night’s match between American Christopher Eubanks and 29th-seeded Nikoloz Basilashvili of Georgia.

Fifth-seeded Italian Matteo Berrettini racked up 11 aces without a single double fault while registering a 6-4, 7-5 win over Alejandro Tabilo of Chile.

“He’s obviously got so much potential, so much firepower and these conditions it’s not easy to finish points off quickly, but he’s able to because he has so much pace from the back of the court so I had to fight extremely hard, coming back from a set down,” Murray said afterward. “I felt like in the second set he played maybe better.

“First set I felt like I had more of the opportunities but didn’t get it so yeah, happy with the way I fought. He’s a top-drawer young player.”