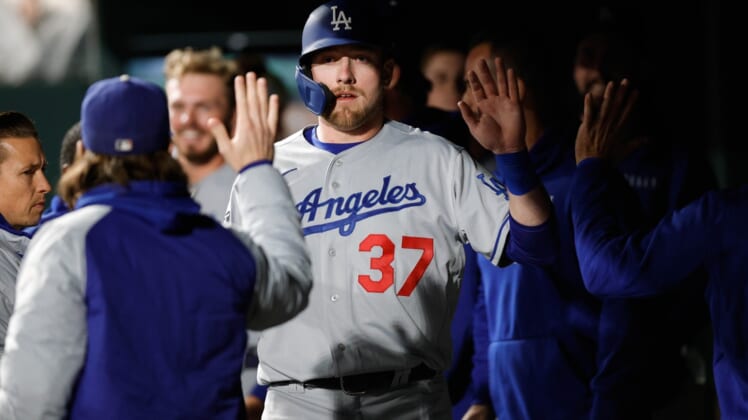 Albert Pujols had a pinch-hit RBI single in the 10th inning, and the Los Angeles Dodgers beat the Colorado Rockies 5-4 on Tuesday night in Denver.

Trea Turner and Gavin Lux had two hits apiece for the Dodgers (97-54), who have won three straight and nine of 10. Kenley Jansen (3-4) pitched one scoreless inning, and Alex Vesia got the final out for the first save of his career.

Los Angeles began the night one game behind the first-place San Francisco Giants in the National League West.

Lux started the 10th on second base, and after Jhoulys Chacin (3-2) struck out Luke Raley, Pujols singled up the middle to put the Dodgers in front.

Neither team had a baserunner until the fourth inning. Colorado got its first hit when Garrett Hampson led off the bottom of the fourth with a single, and he went to second on a groundout. Hampson scored on Charlie Blackmon’s two-out double to right-center.

Cron followed with a double down the right field line to drive in Blackmon and give the Rockies a 2-0 lead.

The Dodgers came right back in the fifth. Antonio Senzatela struck out the first two batters in the inning, but Lux and Raley singled to put runners on the corners. Pitcher Julio Urias drove in Los Angeles’ first run with a single, and then Mookie Betts’ infield single brought home Raley with the tying run.

Los Angeles rallied again in the sixth. Trea Turner led off with a single and scored from first on a double by Max Muncy. Justin Turner flied out to right to advance Muncy to third, and Muncy scored on Will Smith’s sacrifice fly to make it 4-2.

Colorado answered in the bottom of the inning. Brendan Rodgers led off with a single, went to second on a groundout and scored on Cron’s two-out double. Elias Diaz hit a short fly to left that Lux couldn’t get, driving in Cron to tie it again.

Senzatela and Urias both allowed four runs on seven hits and no walks in six innings.