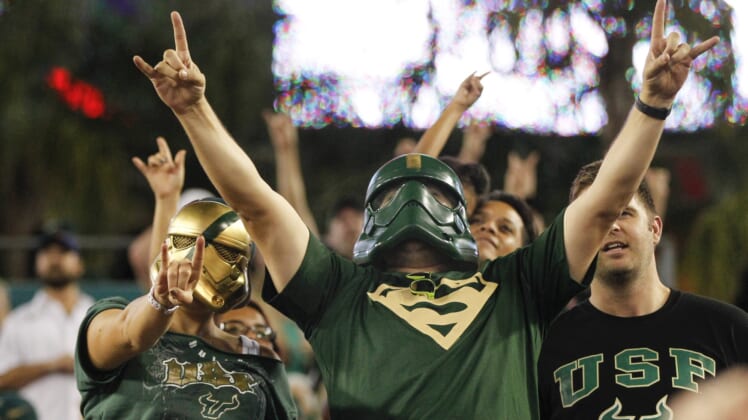 The Alabama Crimson Tide and USF Bulls have come to an agreement on a three-game football series that will kick off during the 2023 season.

“We are very excited to open the Alabama series in Tampa in 2023 and to add one of the most successful brands in American sports to a very exciting list of future opponents that will give our student-athletes and coaches a great opportunity to compete against the best programs in the nation,” USF Vice President of Athletics Mike Kelly said.

This marquee series is a huge deal for the Bulls, who have gone 17-8 since Charlie Strong took over as head coach ahead of the 2017 season. It’s the latest in a recent push to acquire more formidable opponents.

“We now have 15 games scheduled vs. SEC and ACC opponents in the next 10 years and I think our fans are really excited to see those teams come to Tampa as well as the opportunity to travel and cheer on the Bulls in those destinations,” Kelly said. “It’s going to be a lot of fun to be a USF fan.”

The Strong era in South Florida hasn’t been all sunshine and roses. But if he can turn this program into a consistent winner, including victories in some of these matchups against big-time programs, then the Bulls will land bigger bowl games, and everything that comes with them.