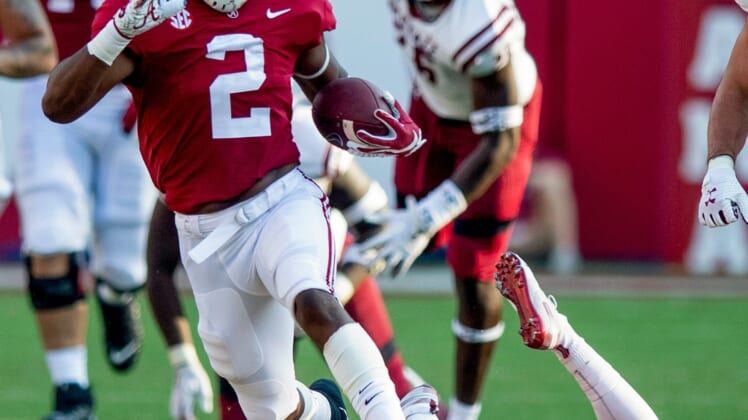 Alabama running back Keilan Robinson (2) breaks free for a long touchdown against New Mexico State at Bryant-Denny Stadium in Tuscaloosa, Ala., on Saturday September 7, 2019.Uaseason020

Former Alabama running back Keilan Robinson is transferring to Texas.

The 5-foot-9, 190-pound sophomore opted out of the 2020 season after rushing for 254 yards and two touchdowns in eight games as a true freshman with the Crimson Tide in 2019.

Robinson announced his destination on social media on Sunday, posting photos of himself in a Longhorns uniform on Twitter. He rejoins former Alabama offensive coordinator Steve Sarkisian, now the head coach in Austin.

Robinson, who entered the NCAA transfer portal last week, was a four-star recruit in the Class of 2019 out of Washington, D.C. 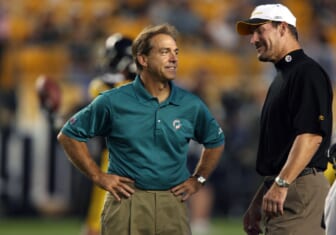 Also Read:
Why Nick Saban left the NFL: A historic coaching ‘what if?’