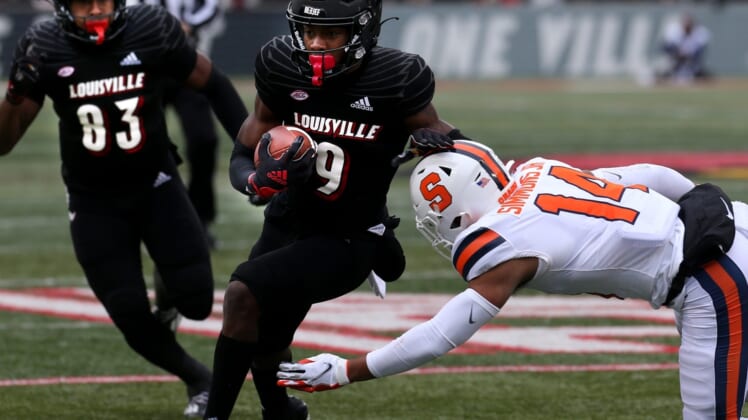 Harrell played just one full season with the Cardinals, hauling in 18 receptions for 523 yards and six touchdowns in 12 games as a sophomore last year.

Once a composite three-star recruit coming out of high school in 2018, Harrell made a name for himself with his speed. He has run the 40-yard dash in a blazing 4.19 seconds, though that time is considered unofficial because it was hand-timed.

Alabama had some need at the position after receiver Agiye Hall entered the transfer portal and headed to Texas earlier this month.

The Crimson Tide also lost their top three receivers from 2021: Jameson Williams, John Metchie III and Slade Bolden. All three are projected to be taken in next week’s NFL draft.