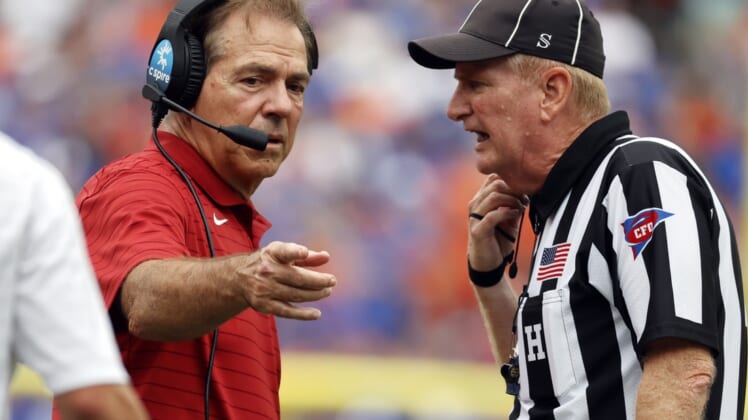 Alabama and Georgia remained No. 1 and 2 in the Associated Press Top 25 poll, leading a group of seven ranked teams from the Southeastern Conference.

The Big Ten placed three teams in the Top 10, with Ohio State – off an unimpressive win over Tulsa — falling to No. 10 behind No. 5 Iowa and No. 6 Penn State.

The Tigers fell three spots from No. 9; Penn State replaced Clemson at No. 6 after a 28-20 win over Auburn.

Taking the biggest tumble of the week was UCLA, which fell from No. 13 to 24. A feel-good story after years of mediocrity, the Bruins entered the week at 2-0 but lost to Fresno State 40-37. 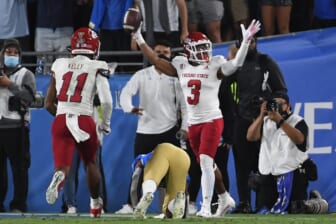 The non-Power 5 conferences retained their strong presence in the poll, with No. 15 BYU rising eight spots, above No. 17 Coastal Carolina. Both teams are undefeated after three weeks of the season.

Undefeated Michigan State, with a 38-17 victory Saturday over Miami (FL), entered the poll at No. 20, immediately following its Big Ten mates Wisconsin (1-1) and Michigan (3-0).

Falling out of the Top 25 were Miami and Arizona State after losses. Kansas State (3-0) entered at No. 25.