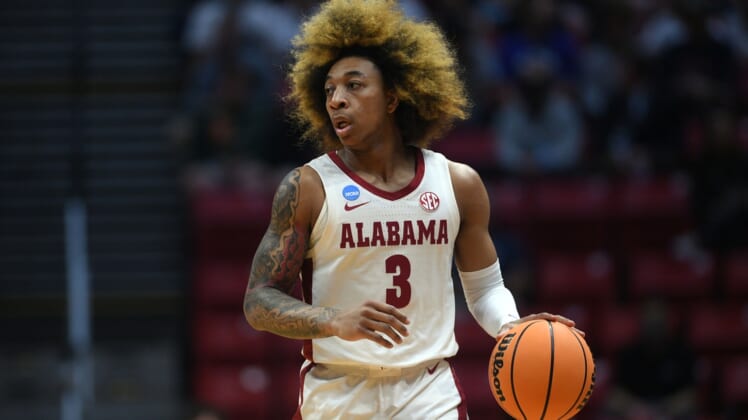 Alabama guard JD Davison declared for the NBA draft on Wednesday after his freshman season.

He made the announcement on social media, telling ESPN separately that he intends to hire an agent, ending his collegiate career.

Davison led the Crimson Tide with 4.3 assists per game in 33 contests (five starts). He averaged 8.5 points per game, Alabama’s fourth-leading scorer, while playing 25.8 minutes per game.

Davison was named to the SEC All-Freshman Team.

Alabama earned a bid to the NCAA Tournament as a No. 6 seed and lost to 11th-seeded Notre Dame in the first round.