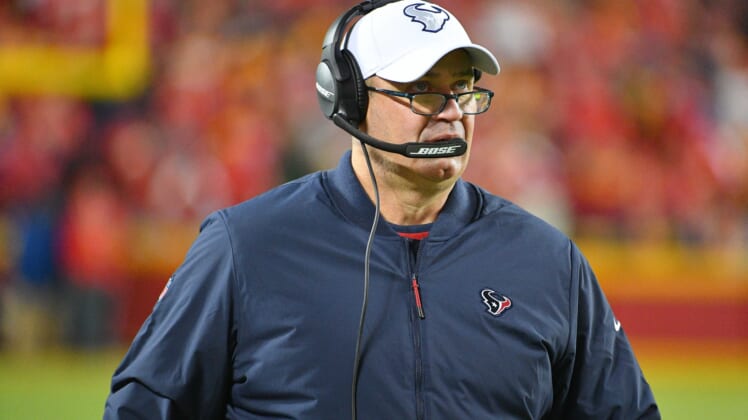 Fresh off winning their seventh national title under Nick Saban, Alabama is on the verge of bringing in another big-name coach. Bill O’Brien has been linked to the program’s offensive coordinator opening since Steve Sarkisian left for the Texas head coach job.

We now have more information on this, and it looks like O’Brien is headed to Tuscaloosa to run the Alabama offense.

Comments from Saban earlier in the day seemed to be a precursor to this move happening. He talked about Bill O’Brien as reports heated up about the hire.

“I’ve always tried to have the best knowledge and experience I can for our players and their development, and I certainly think (O’Brien) can contribute to that in a very positive way.”

O’Brien coached the NFL’s Houston Texans from 2014-20, finding himself fired after an 0-4 start to the 2020 campaign. More than anything, issues with players and fumbles when it came to player personnel decisions led to his departure from Houston.

In no way does this mean this isn’t a great hire for Alabama. O’Brien helped turn quarterback Deshaun Watson into an MVP candidate during his time with the Texans.

Now that the star of this year’s national championship game, Mac Jones, is slated to leave for the NFL, having a quarterback guru as offensive coordinator will help Alabama turn the page.

Prior to being hired by Houston, O’Brien enjoyed a strong two-year run as the Penn State head coach following the entire Joe Paterno scandal. Working with limited scholarships and being banned from the postseason due to NCAA violations, O’Brien posted a 15-9 record. He also worked with Tom Brady as the New England Patriots’ offensive coordinator back in 2011.