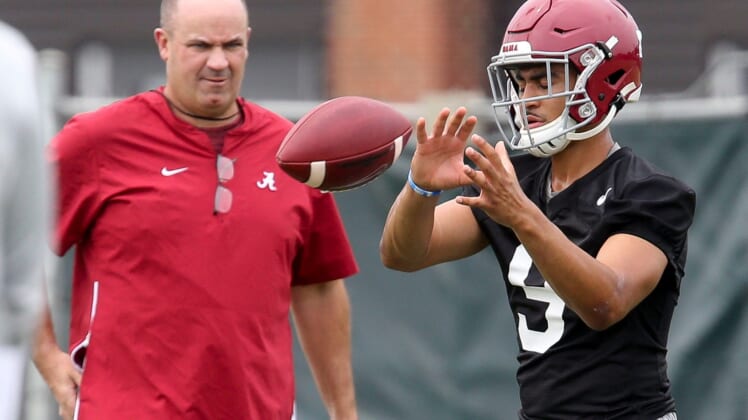 Taking on Georgia in the college football title game, O’Brien is being bandied about as a candidate to return to the NFL as a coach after his stint with the Houston Texans.

Apparently, the longtime coach is a bit pumped up for the game in Indianapolis.

After Georgia held his Alabama offense to a punt early in the fourth quarter, Bill O’Brien was seen up in the box absolutely losing his mind. It was something to behold.

We don’t even want to repeat what we being said up in the booth. Needless to say, it’s not appropriate for some viewers of the game.

All of this came after Alabama’s offense nearly gifted Georgia a touchdown to open the game. Fortunately for O’Brien and company, said was was overturned on replay when it was deemed Bryce Young’s arm was moving forward.

As for O’Brien, he’s known as an intense figure. He’s also highly divisive within the confines of the larger football world.

As for O’Brien’s future, there’s no telling what it might hold. He posted a 52-48 record as the Texans’ head coach from 2014-20 after a tremendous college stint with Penn State.

Whoever brings him on will be getting one passionate dude. That’s for sure.