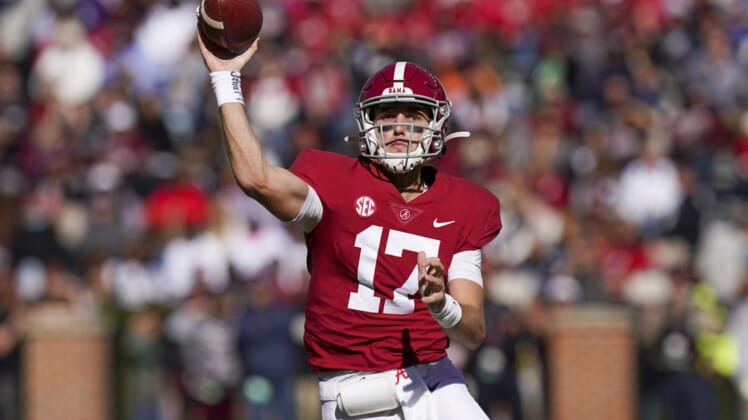 “I am about to graduate, and I have entered the transfer portal to continue playing football and to continue my education,” Tyson wrote in his announcement on Twitter. “With the COVID waiver, I will still have three years of eligibility, and I am excited to see what door God opens for me.”

Prior to this season, Tyson made one appearance over his first two seasons at Alabama and redshirted in 2019.

Tight end Jahleel Billingsley also entered his name in the portal, according to multiple reports. Billingsley was sharply criticized by coach Nick Saban early in the season and finished the campaign with 17 receptions for 256 yards and three scores.