Al Davis: Born on the 4th of July

Late Raiders owner Al Davis would have been 92 yrs old today. It's fitting the man who made the American Dream happen was born on the 4th of July. 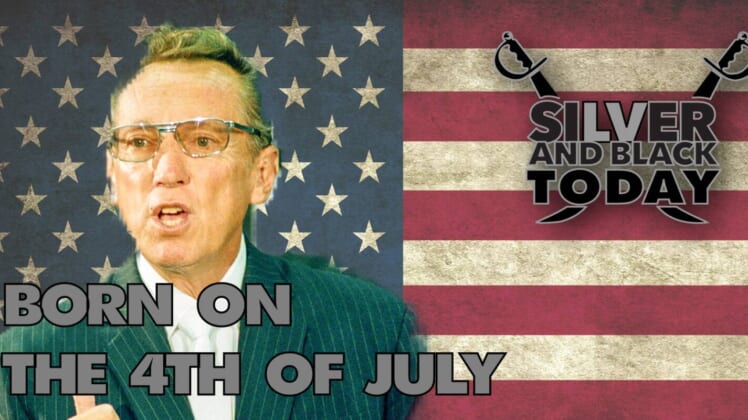 Although the football world lost its first true – and last – maverick 10 years ago, it’s fitting as we celebrate the birth of the greatest nation on earth, we remember Al Davis who was born on this day in 1929.

Al Davis lived the American Dream as best anyone could.

Although we lost Al Davis in 2011, today would have been pro football’s most loved (hated) personality’s 92nd birthday.

Davis was born on July 4, 1929, in Brockton, Mass. Raised in a middle-class family, Davis was remembered for his skill to talk vs. fight throughout his younger years. He used that skill to advance himself in the sport going from lowly assistant coach to head coach of the fledgling Oakland Raiders. He then became the commissioner of the American Football League helping to force the NFL into a merger in 1966.

Davis wasn’t satisfied with his leadership role and had always focused on becoming a team owner. In 1972, using his passion for military history, he brilliantly rewrote his contract to take control of the team from then-owner Wayne Valley.

The rest is history, football lore, and even some myth.

One can only wonder what Al Davis would think of his beloved Raiders now calling Las Vegas home, playing in the state-of-the-art stadium he always wanted. One thing is certain, his son Mark Davis continues in his father’s footsteps doing what’s best for his franchise and its fans.

As we celebrate America today, let’s not forget a man who created one of the biggest and most famous brands in the history of sports. Happy Birthday, Al Davis.