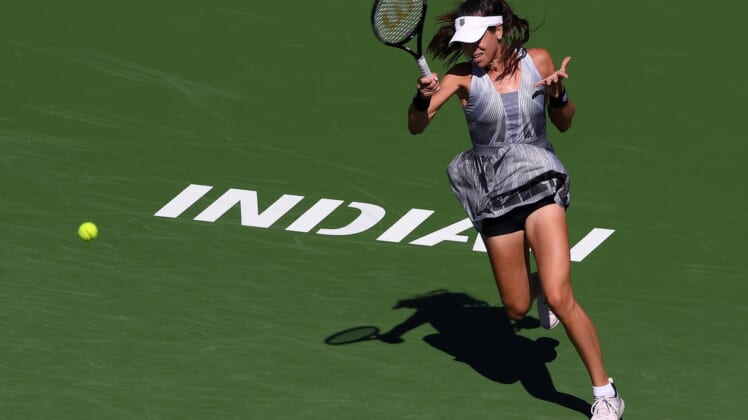 Ajla Tomljanovic of Australia sent fifth-seeded Garbine Muguruza of Spain packing on Saturday with a solid 6-3, 1-6, 6-3 victory in the second round of the BNP Paribas Open at Indian Wells, Calif.

The victory was Tomljanovic’s fourth over a Top 10 player in her career. Muguruza is ranked sixth in the world.

“I was really looking forward to playing Garbine, because I did lose (to her) the last couple of times,” Tomljanovic said after the victory. “I did try to focus on that one time I beat her, and tried to channel that energy, so I was really happy that I got through today.”

Tomljanovic improved to 2-3 against Muguruza with her other victory coming in 2014.

Third-seeded Barbora Krejcikova of the Czech Republic advanced with a 6-4, 3-6, 6-1 win over Zarina Diyas of Kazakhstan. Krejcikova will next face American Amanda Anisimova, who recorded a 6-4, 6-1 victory over 30th-seeded Camila Giorgi of Italy.

No. 18 seed Anett Kontaveit of Estonia was leading 6-3, 5-2 when Italy’s Martina Trevisan retired. Kontaveit will face the winner of Saturday night’s match between American Alison Riske and 16th-seeded Bianca Andreescu of Canada.