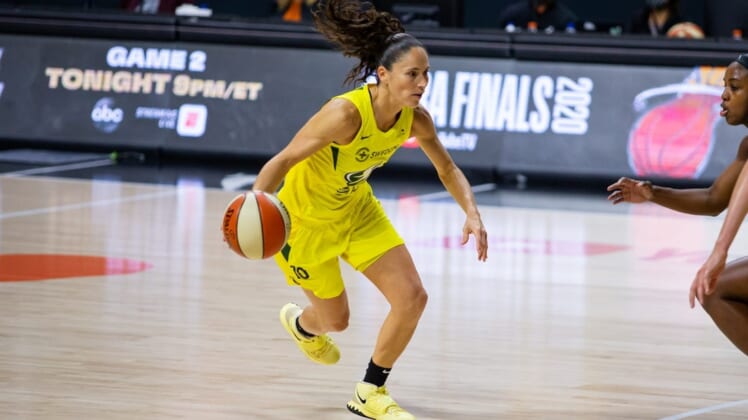 The WNBA announced its 10 All-Star Game starters on Wednesday, with A’ja Wilson of the Las Vegas Aces and Breanna Stewart of the Seattle Storm named team co-captains after getting the most votes among fan ballots.

The eight other starters for the game at Chicago on July 10 include Sue Bird of the Storm, Sylvia Fowles of the Minnesota Lynx, Sabrina Ionescu of the New York Liberty, Jonquel Jones of the Connecticut Sun, Nneka Ogwumike of the Los Angeles Sparks and Candace Parker of the Chicago Sky, along with Kelsey Plum and Jackie Young of the Aces.

The WNBA also announced Wednesday that Phoenix Mercury center Brittney Griner was named an honorary starter for the WNBA All-Star Game next month in Chicago. Griner, a seven-time All-Star, was arrested in Russia in February and has been detained there since.

The co-captains will draft the remainder of their teams July 2.

Ionescu, Plum and Young all are making their first WNBA All-Star Game appearance.