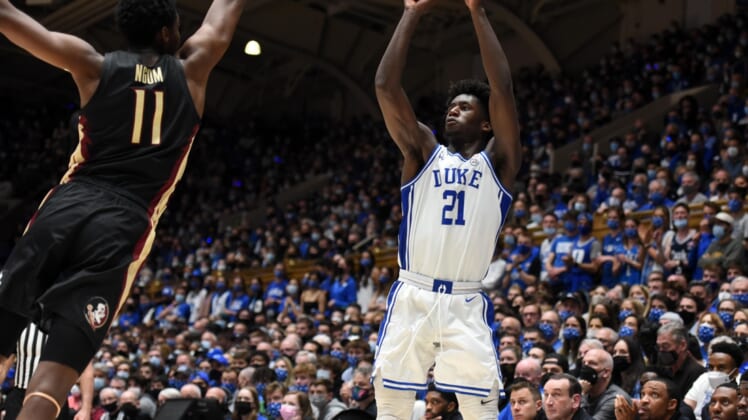 Against North Carolina in the national semifinal game, he was just 1-of-7 shooting and scored six points.

“AJ was one of best shooters in the nation and his skillset is exactly what NBA teams are looking for,” former head coach Mike Krzyzewski said in a news release. “… AJ showed up every day with a smile on his face and his positive energy was infectious.”

Griffin, who is from Ossining, N.Y., was a five-star recruit in the Class of 2021, as were Banchero and Keels.

Duke will be reloaded in the 2022-23 season under first-year coach Jon Scheyer, who has the nation’s top recruiting class, according to 247Sports. The class includes a quartet of five-star recruits, with the No. 1 player in the nation, Dereck Lively II of Pennsylvania, among them.