A.J. Green has no desire to leave the Cincinnati Bengals 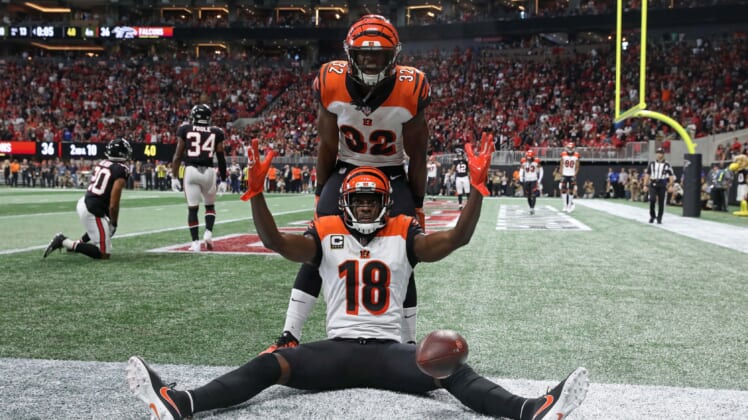 Cincinnati Bengals wide receiver A.J. Green has been the subject of trade rumors for a couple of years now, and now he’s coming up on the final year of his current deal.

Speculation has abounded that Green could be angling to play for a contender after spending his entire career in Cincinnati. However, the seven-time Pro Bowler squashed all that talk speaking to reporters Friday at his youth football camp.

“Cincinnati is home for me,” Green said, per Fox 19. “This is home as much as South Carolina. All I know is Cincinnati. I can’t see myself playing anywhere else or playing in a different city. Hopefully I can be here for a couple more years. We’ll see on that part.”

Though Green is currently a lame duck, Cincinnati has reportedly talked about extending his contract. One of the league’s premier all-purpose receivers, Green is in line to rake in a monster contract similar to what Odell Beckham Jr. signed last year.

Over the course of his eight-year career, the former No. 4 overall pick has hauled in 596 passes for 8,824 yards and 62 touchdowns.