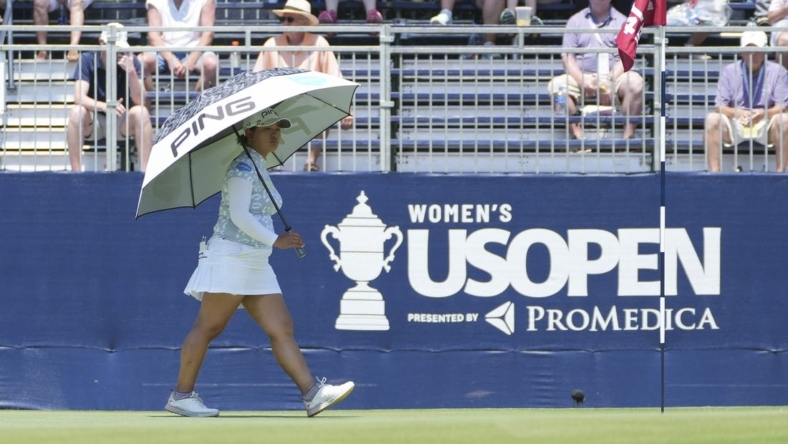 Ai Suzuki and Momoko Ueda each carded a 7-under-par 65 in their home country on Thursday to share the first-round lead at the Toto Japan Classic in Shiga, Japan.

Defending champion Ayaka Furue carded a 29 on the front nine and finished with a 6-under 66 to join fellow Japanese golfer Sakura Koiwai in third place at the Seta Golf Club.

Suzuki, who won the event in 2019, recorded seven birdies — with four coming on holes Nos. 4-9 — to highlight her bogey-free round.

“My shots were not consistent in the first four holes then I made a little adjustment in my swing,” Suzuki said. “After that my shots are getting better and never miss the fairway. Shots are good and putting are also well. So, I feel like I could go to -10 today.”

“It is just a good first round. I do not think about it very much at this moment. I just want to focus on each day from tomorrow as well,” Ueda said. “I changed shaft for driver and also putter. I normally do not change my putter pretty often but it works very well this week.”

Furue started fast out of the blocks before she hit the 10th hole.

“I played very aggressively until the 10th hole. But I missed the green on the 11th hole and made a bogey. Since then I could not play aggressively today,” Furue said. “I hope to play well for the next three days as a Japanese player.”

Japan’s Kana Nagai, Kotone Hori and Ayaka Watanabe and China’s Yuting Shi reside in a four-way tie for sixth place at 4-under 68.

South Korea’s Jeongeun Lee6 is part an eight-player tie for 10th place at 3-under 69.

“Pretty good opening round for me already because I know the green is not that easy and it is not that easy to get like close to the pin because you can’t be aggressive that much, cause like I said the green is sloping from top to the front,” Thitikul said. “So (my caddie and I) have to manage how to put the ball in the right position.”