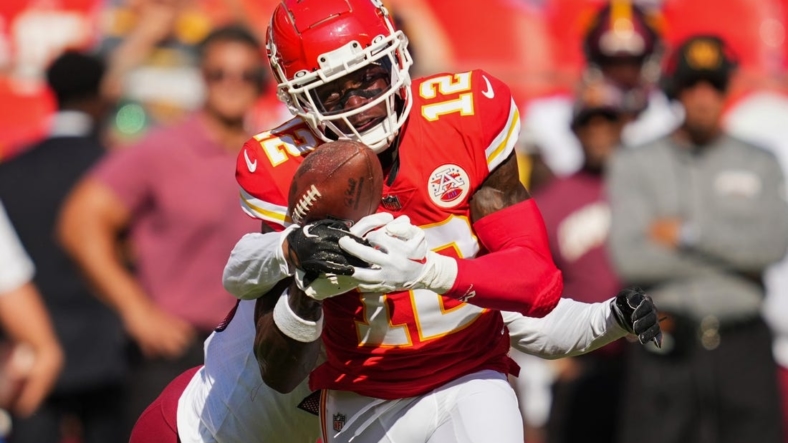 The Tennessee Titans are signing Josh Gordon to their practice squad, according to the wide receiver’s agent.

Zac Hiller of LAA Sports confirmed the deal with The Tennessean on Thursday.

Gordon, 31, visited the Titans on Wednesday after being released by the Kansas City Chiefs on Tuesday.

He led the NFL with 1,646 receiving yards for the Cleveland Browns in 2013, earning first-team All-Pro honors and a Pro Bowl selection.

Gordon also has been suspended multiple times for violating the NFL’s substance-abuse policy, including for the entire 2015 and 2016 seasons.