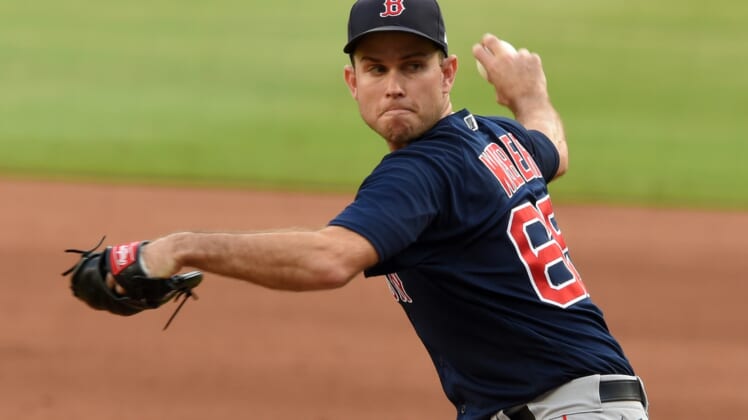 After a rough outing in his season debut, the Boston Red Sox designated right-hander Ryan Weber for assignment on Monday and recalled utility man Michael Chavis from Triple-A Worcester.

Weber came on in the second inning Sunday against the Toronto Blue Jays to spell a struggling Martin Perez but fared even worse. While Perez gave up five runs in 1 1/3 innings to open the game, Weber followed by giving up 11 runs on 13 hits in 5 2/3 innings of an eventual 18-4 defeat.