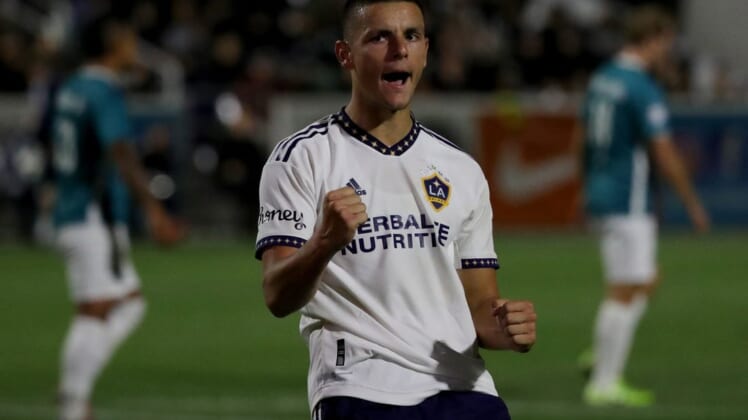 The Los Angeles Galaxy will try to recapture their strong late May when they host a Portland Timbers side in need of a turnaround.

Dejan Joveljic scored three goals in those two games despite coming off the bench in both. In the win against Austin, he came on in the 57th minute and became the first substitute in MLS history to contribute a goal or an assist on four or more goals, with two of each.

Javier “Chicharito” Hernandez added a goal in each game, with his latter tally against Austin bringing his total to six in league play.

But as Mexico’s all-time leading international scorer knows, it will be difficult to pick up where he and the team left off for the June international match window.

“The break helps to rest and to recharge in a way,” Chicharito said this week. “But yeah, the challenge now is like, try to take … back that momentum and that performance and that attitude that we showed in the last two games.”

Portland (3-6-6, 15 points) might have been happy to see that respite arrive after ending May on a three-match MLS losing run.

The Timbers have conceded multiple goals in four consecutive games and have scored multiple goals only four times all season. Defender Bill Tuiloma is the club’s leading scorer with five goals, with finishing ability exceptional for his position.

Portland gets a boost Saturday with Felipe Mora available for the first time in 2022 after knee surgery in February.

Mora led the Timbers with 11 goals in the 2021 season and then scored two more in their run to the MLS Cup final. Even though his minutes will be limited, manager Gio Savarese expects him to add something to the team.

“Already, having Felipe travel with the team is a surplus,” Savarese said. “Just having him around the team is very important for us with the energy that he brings with his experience, his desire to compete.”