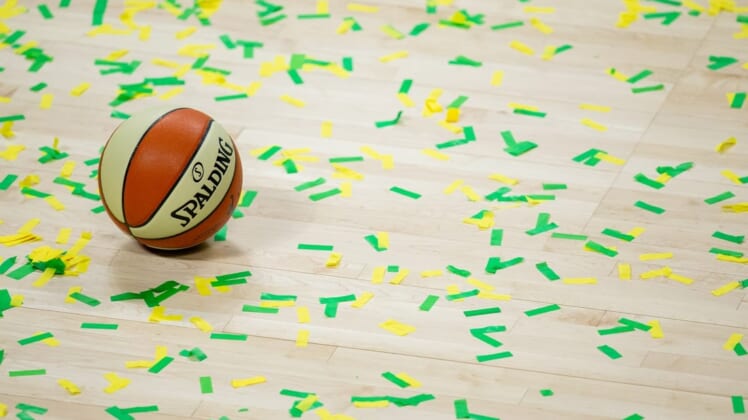 Rhyne Howard had 20 points, Cheyenne Parker supplied 17 and the host Atlanta Dream snapped a four-game losing streak by holding off the Indiana Fever 91-81 at College Park, Ga., on Wednesday.

Howard also contributed five rebounds, five steals and four assists for Atlanta, which led by as many as 30 points. Aari McDonald added 13 points and six assists and Kristy Wallace chipped in 12 points for the Dream (13-18).

Indiana’s leading scorer, Kelsey Mitchell, missed her second consecutive game. She is out for the season due to a plantar fascia tear in her left foot.

The Dream shot 77.8 percent from the field in the opening quarter and roared to a 36-17 lead. Howard led the way with nine points as her team finished the quarter with a 22-6 outburst.

Howard finished the half with 14 points and four steals. Wallace contributed 12 points as all nine Dream players that saw action scored at least one basket.

Parker scored 15 seconds into the second half to lift Atlanta’s lead to 30 points. The Dream then went cold as the Fever scored 15 unanswered points to slice their deficit in half.

Maya Caldwell (10 points) hit a jumper with 3:56 remaining in the third to end Atlanta’s drought. Robinson’s layup later in the quarter made it a 12-point game.
The Dream took a 75-62 advantage into the final quarter.

The Fever continued to chip away and when Smith made a 3-pointer with 5:24 left, they were down just six at 82-76. Cannon tossed in a free throw to pull Indiana within five but Atlanta scored the next seven points to clinch the victory.