After losing 2 of 3 vs. Twins, Blue Jays venture into Kansas City 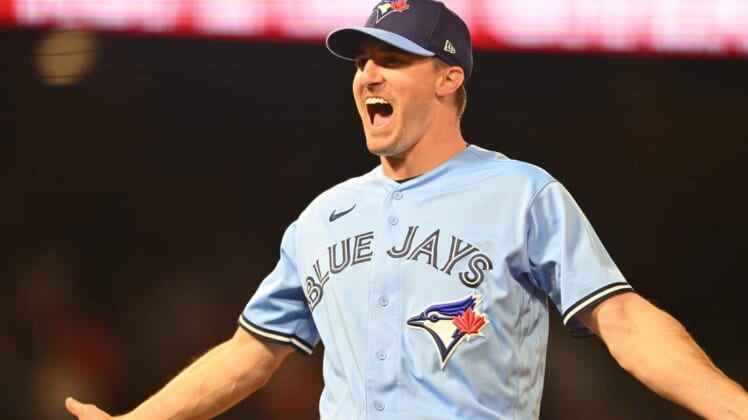 The Toronto Blue Jays will look to get back on the winning track when they hit the road to square off against the hapless Kansas City Royals on Monday in the first game of a three-game series.

The Blue Jays will send right-hander Ross Stripling (1-1, 4.22 ERA) to the hill as a likely short stint “opener.” Stripling is taking the turn in the rotation for left-hander Hyun-Jin Ryu, who had his turn skipped because of an injured forearm and could be out of action for a few weeks.

The Blue Jays head to Kansas City after an 8-6 loss at home to Minnesota on Sunday afternoon. Toronto dropped two of the three games in the series to the AL Central-leading Twins after entering the weekend set on a streak of eight consecutive wins.

Santiago Espinal bashed a three-run homer in the ninth to close the gap. Matt Chapman added three hits, including a solo home run, and Alejandro Kirk slammed a solo homer for the Blue Jays.

Toronto starter Kevin Gausman had what he called his “worst outing of the year” and said he would look at video of the game to see if he was tipping his pitches.

“It’s a little frustrating, obviously,” Gausman said afterward. “I’m trying to go win a series. To go out there and do that is unacceptable, to be honest.”

Kansas City’s most recent game was a 7-4 loss to Houston at home on Sunday. The Royals got a home run, a double and three RBIs from Salvador Perez, the latter of which brought Kansas City to within 4-3 in the eighth inning.

But the Royals’ bullpen surrendered three two-out runs in the ninth. A wild final inning saw Kansas City score once and load the bases before Nicky Lopez, who entered in the eighth as a pinch runner for Perez, grounded out to end the game.

Michael A. Taylor also had two hits and Bobby Witt Jr. scored twice for Kansas City in the loss, which was its sixth in its past seven games.

Kansas City has not won a home series since April 17-19 when they took two of three from Minnesota.

“The guys love to compete,” Kansas City manager Matt Matheny said. “They’re all continuing to move forward, and I don’t think we’ve seen anywhere near the best of any one of them. They are making adjustments, and there’s internal competition between them to make each other better.”

The Royals’ Andrew Benintendi came out of Sunday’s game with a calf injury after he fouled a ball off his leg. He’s listed as day-to-day.

Stripling is 2-1 lifetime against Kansas City with a 2.84 ERA. He has not started a game since May 7, with his past six appearances in relief including 2 2/3 scoreless innings on Wednesday against the White Sox, when he earned the victory.

Lynch is 0-1 with a 4.50 ERA in his only start against the Blue Jays, which was last season. Lynch struggled in his most recent outing, giving up six runs on nine hits and three walks in an 8-3 loss in Cleveland last Tuesday. He was winless in May, losing three of his six starts with three no-decisions.