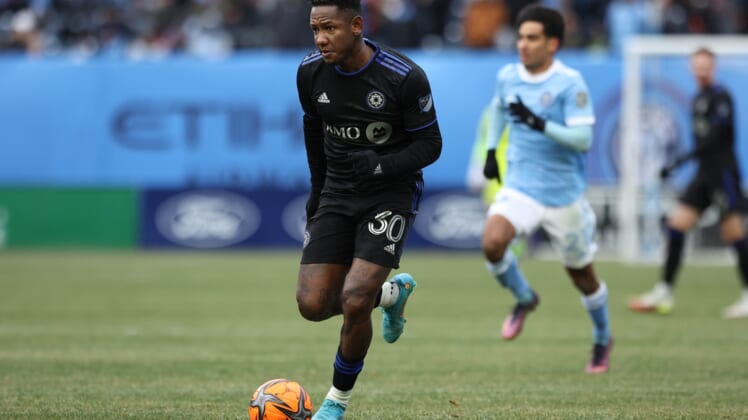 Back home for the first time since the second week of the season, CF Montreal will eye a third straight win when they host the Vancouver Whitecaps on Saturday.

CF Montreal (2-3-1, 7 points) has found its game after an 0-3-0 start to the season, winning its past two games, and they are unbeaten in their past three — all on the road. Montreal will play three of its next four games at home, beginning with Saturday’s contest.

“It’s a very important stretch for us,” midfielder Matko Miljevic said. “We have to make our home a fortress, take advantage of our fans and this comfortable environment. We’ll bring the same attitude on the road but it’s crucial that we win on our pitch, and that’s what we’ll look to do over the next few weeks.”

Romell Quioto delivered the winning goal to finish off a rally for a 2-1 victory against the New York Red Bulls last Saturday. The Honduran sits second on the team with two goals, while Djordje Mihailovic leads the club with three.

Yet, while feeling good about their game, Montreal knows it can’t take struggling Vancouver (1-4-1, 4 points) lightly.

“There are no easy games in MLS,” CF Montreal coach Wilfried Nancy said. “The Whitecaps have a way of defending that’s quite particular. They can play low on the pitch, but they can also be aggressive with their players that are wide. Will they play this way against us? We’ll see. We’re excited. It’s really nice to be back home.”

The Whitecaps are off to their second-worst six-game start to a season after an 0-4-2 run to open the 2019 campaign. They’ve managed just five goals through six games, tied for fewest in all of MLS.

Vancouver arrives in Montreal looking for its first road points on the season.

“Getting off to a good start is the most important part, especially on the road,” Whitecaps coach Vanni Sartini said. “If we are too shy in the beginning, it invites more pressure. We need to be extremely aggressive defensively and meet them as far away from our goal.”

Vancouver has won each of the past two meetings between the teams.