After doubleheader loss, Orioles look to rebound vs. Blue Jays 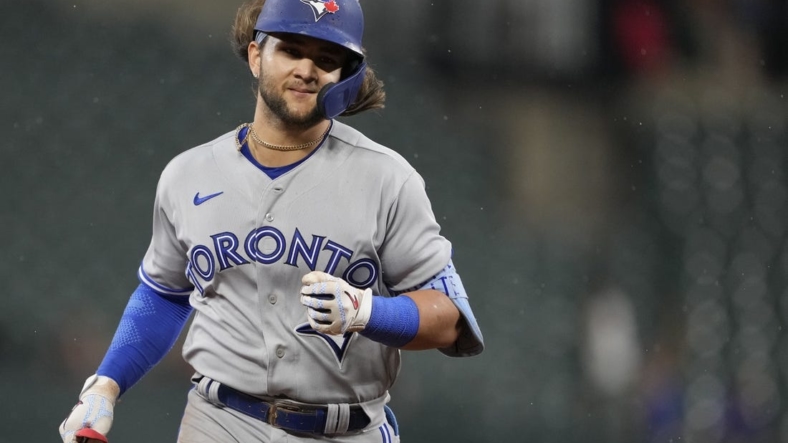 Bo Bichette of the Toronto Blue Jays is getting into a groove at the right time and he’s seeking some more success after his three-homer game.

“I’ve just got to keep on coming ready to perform every day,” Bichette said. “I go up there and l look to hit, that’s pretty much it.”

The Blue Jays play the Orioles again on Tuesday night in Baltimore, where they swept Monday’s doubleheader.

Bichette swatted three home runs in the second game of the twin bill.

“Just overall trusting in myself,” he said, noting he wants to be aggressive all the time.

Bichette, now with 21 homers, is the first shortstop in Blue Jays history with back-to-back seasons of 20 or more home runs.

Toronto, which holds a five-game winning streak, and Baltimore are among the teams jockeying for position in the battle for wild-card spots in the American League. The Blue Jays have won their last eight road games.

“We understand the magnitude of what’s going on right now,” Bichette said.

The Blue Jays could be in good shape in terms of pitching after both of their starters worked into the seventh inning in the doubleheader.

The Orioles won’t let the doubleheader losses distract them from their mission considering they’ve won their last six series — with that string beginning by winning two of three Aug. 15-17 in Toronto — though they now have lost three games in a row.

“Of course, we have high expectations for each other,” center fielder Cedric Mullins said. “At the same time I don’t think we’re putting any pressure on each other, so I think that definitely helps.”

Baltimore can still split the series, but has to put together back-to-back wins in order to do so.

The Blue Jays will try to keep it going by sending right-hander Mitch White (1-5, 4.67 ERA) to the mound. He hasn’t won a game since May 17, losing his last five decisions. He has been roughed up for a total of 13 runs across his last two starts spanning 9 2/3 innings.

Though White has played in parts of three major league seasons, this will be his first outing against Baltimore.

The Orioles should have the ideal pitcher slated to start with right-hander Kyle Bradish (3-5, 5.17), who hasn’t allowed a run across his last two starts covering 15 innings. He gave up a total of four hits in those two games.

Bradish will be making a start against Toronto for the fourth time. He’s 0-1, allowing 11 runs across 14 1/3 innings in the first three games.

Still, Baltimore’s rotation is out of whack given Monday’s doubleheader. It didn’t help that Jordan Lyles, who was going to pitch in one of those games, missed his turn to throw due to an illness.

“We’re going to come in playing everybody hard, doesn’t matter who you are,” Bradish said.